UNITED NATIONS – U.N. experts say Iran might be willing to play "a constructive role" in ending the war in Yemen, though adding in a new report that Tehran still appears to be arming Yemen's Houthi Shiite rebels with ballistic missiles and drones. According to excerpts of a report to the Security Council obtained Tuesday by The Associated Press, the panel of experts monitoring sanctions against Yemen raised the long-rumored possibility of Iran playing a role in restoring peace. "The panel believes that Iran might now be willing to play a constructive role in finding a peaceful solution for Yemen, as evident in the country's, ultimately unsuccessful, attempt to broker a cease-fire for the holy month of Ramadan together with some European nations," the report said. Iran has expanded its influence far beyond its borders in recent years, sponsoring tens of thousands of Shiite militiamen spread across Iraq and Syria and on to Lebanon. The rivalry between the predominantly Shiite Muslim nation of Iran and Sunni Muslim-dominated Saudi Arabia has torn the region apart, playing out on regional battlefields and fanning sectarian flames in Iraq, Syria, Lebanon, Bahrain and Yemen, all costly interventions for Tehran. 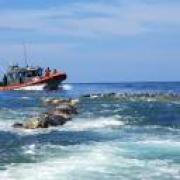 GENEVA – U.N. human rights experts said Tuesday the governments of Yemen, the United Arab Emirates and Saudi Arabia may have been responsible for war crimes since Yemen's conflict intensified 3½ years ago, including rape, torture, arbitrary detention and use of child soldiers. Their report -- the first since being mandated to investigate by the U.N.-backed Human Rights Council nearly a year ago -- is increasing international pressure on the Saudis' Western-backed coalition that already has been widely condemned for devastating airstrikes on civilians as well as combatants. The U.N. panel also pointed to possible war crimes by the Iran-aligned Houthi rebels who have been fighting the coalition that gets support from the U.S., Britain and France. In one of the first reactions to the report, a Saudi diplomat told The Associated Press that findings were "not accurate." In 2015, Saudi Arabia announced it would lead a coalition of countries to against the Houthi rebels who had ousted Yemen's internationally recognized government. 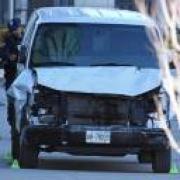 SANAA – An airstrike by the Saudi-led coalition hit a wedding party in northern Yemen, killing at least 20 people including the bride, health officials said Monday, as harrowing images emerged on social media of the deadly bombing, the third to hit Yemeni civilians since the weekend. Khaled al-Nadhri, the top health official in the northern province of Hajja, told The Associated Press that most of the dead were women and children who were gathered in one of the tents set up for the wedding party in the Bani Qayis district. He said the bride was also among the dead. A Saudi-led coalition has been battling Iran-allied Shiite rebels known as Houthis since 2015 in a stalemated war that has killed more than 10,000 people. Later Monday, the rebels said the official considered the head of state for the territories under their control was killed in a coalition airstrike.

SANAA, Yemen – Yemeni fighters backed by the United Arab Emirates said they seized the southern runway of the international airport near Yemen's port city of Hodeida, as fighting raged Wednesday between pro-government forces backed by a Saudi-led coalition and Iranian-backed rebels. The coalition launched an offensive a week ago to retake the port city, which handles 70 percent of impoverished Yemen's food imports. Aid groups have expressed alarm about the operation, but so far coalition forces remain bogged down in battles south of the city, and the port has remained open. The Amaleqa brigades, a fighting force backed by the coalition that includes the UAE, said it seized areas on the west and east sides of the airport. The group has been advancing toward an area near Kilo 16 road, aiming to cut off the link between Hodeida and the rebel-held capital, Sanaa.

Fighting rages around airport in Yemen port city of Hodeida 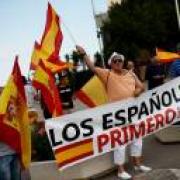 SANAA – Saudi-led forces fought to retake the international airport of Yemen's rebel-held port city of Hodeida, Yemeni officials and witnesses said on Saturday, as their Shiite Houthi rebel rivals denied the coalition had seized the facility that is the starving nation's main gateway for food shipments. With battles raging at the southern side of Hodeida International Airport, the military of Yemen's exiled government said it had entirely seized the compound, and that engineers were working to clear mines from nearby areas just south of the city of some 600,000 people on the Red Sea. "The armed forces which are supported by the Arab coalition have freed Hodeida International Airport from the Houthi militias and the engineering teams have started to clear the airport and its surroundings from mines and bombs," the military said on its official Twitter account. Sadek Dawad, spokesman of the Republican Guards force loyal to the Saudi-led coalition, said government forces had battled their way onto the airport's grounds. Dawad also said the southern gate of Hodeida city was captured by pro-coalition forces.