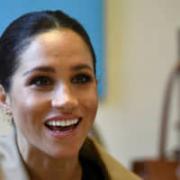 The car industry is reinventing the wheel to prepare for autonomous vehicles. Sumitomo Rubber Industries Ltd., whose roots stretch back to when Henry Ford was building his Model T, is developing a "smart tire" that can monitor its own air pressure and temperature, and eventually respond by itself to changes in road conditions. Yet it's more than just tires that are being changed. Koito Manufacturing Co., AGC Inc. and Lear Corp. are putting semiconductors and sensors inside headlights, glass and seats to make them as intelligent as the self-driving cars. Alphabet Inc.'s Waymo LLC, Intel Corp.'s Mobileye NV and Baidu Inc. dominate the core technology for autonomous driving, yet suppliers still count on finding their own space in the business.

States get ready for the self-driving car revolution

Self-driving cars could be on our roads in just 5 years. USA TODAY's Chris Woodyard takes a look at what it's going to take to get the roads ready. Self-driving vehicles are synonymous with sophisticated sensors producing terabytes of data being analyzed by powerful computers. But it seems the success of this transportation revolution hinges on a decidedly low-tech material: Paint. That's because when it comes to getting the nation's infrastructure ready for autonomous traffic, the most critical upgrade amounts to making sure the lines on our 4 million miles of roads are solid, bright and preferably white so they can be picked up by computer vision gear.

Are Detroit and the Silicon Valley the hotbeds for driverless car development? Not necessarily, says Brent Snavely of the Detroit Free Press. Last year, Goldman Sachs projected the market for advanced driver assistance systems and autonomous vehicles would grow from about $3 billion in 2015 to $96 billion in 2025 and $290 billion in 2035. In some cities, automakers, suppliers and technology companies are clustering to test their self-driving vehicles. In others, governors and mayors are beckoning the industry by changing laws or touting other inducements.

Google's autonomous vehicle spinoff Waymo announced on Thursday that it is planning to buy up to 62,000 minivans from Fiat Chrysler Automobiles for a ride-hailing service, which will launch later in the year in Phoenix. Waymo had previously struck a deal to buy 20,000 compact cars from Jaguar Land Rover in March. Rather than manufacturing cars itself, Waymo plans to retrofit these fleets with cameras, sensors, and other self-driving technology. Beyond ride hailing and leasing, Waymo indicated that it also plans to earn revenue from deliveries and mass transit. "We're excited to deepen our relationship with F.C.A. that will support the launch of our driverless service, and explore future products that support Waymo's mission," CEO John Krafcik told the New York Times.

As part of the arrangement, AutoNation's dealerships will provide maintenance and repairs for Waymo's self-driving fleet of Chrysler Pacifica vehicles, and will include additional models of vehicles when Waymo brings them on line, AutoNation said on Thursday. AutoNation, based in Fort Lauderdale, Florida, runs about 360 dealerships across the US. While the terms of the multi-year deal with AutoNation were not disclosed, it is not the first partnership deal Google has inked as it accelerates self-driving car push. In May 2016, Waymo opened a 53,000 square-foot facility in Novi, Michigan for engineers to fit out the Chrysler Pacifica hybrid minivans with Waymo sensors. Google's parent company Alphabet led the $1 billion investment round for ridesharing firm Lyft last month, reinforcing Alphabet's existing relationship with Lyft.