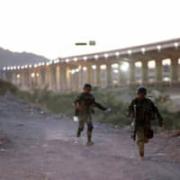 TEHRAN - Iran warned Tuesday that new U.S. sanctions targeting its supreme leader and other top officials meant "closing the doors of diplomacy" between Tehran and Washington amid heightened tensions, even as President Hassan Rouhani derided the White House as being "afflicted by mental retardation." President Donald Trump called that a "very ignorant and insulting statement," tweeting that an Iranian attack on any U.S. interest will be met with "great and overwhelming force … overwhelming will mean obliteration." His secretary of state said the Iranian statement was "immature." The sharp remarks from Tehran shows the pressure that the nation's Shiite theocracy and its 80 million people feel over the maximalist campaign of sanctions by the Trump administration. From Israel, U.S. National Security Adviser John Bolton said Iran could walk through an "open door" to talks with America but also warned that "all options remain on the table" if Tehran makes good on its promise to begin breaking one limit from its 2015 nuclear deal with world powers.

Iran says 'spy drone' violated its airspace in May amid U.S. escalation 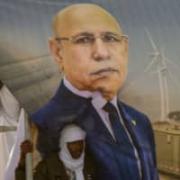 TEHRAN - Iran said on Sunday a "spy drone" had encroached its airspace in May, about a month before it downed an American drone as part of a series of escalatory incidents between Tehran and Washington. Foreign Minister Mohammad Javad Zarif tweeted a map saying the U.S.-made MQ9 Reaper drone -- also widely used for carrying out military strikes -- had entered his country's airspace on May 26. Iran shot down a U.S. Global Hawk drone Thursday, saying it had violated its airspace near the strategic Strait of Hormuz -- a claim the United States denies. U.S. President Donald Trump called off a planned retaliatory military strike Friday, saying the response would not have been "proportionate," with Tehran warning any attack would see Washington's interests across the Middle East go up in flames. On Sunday U.S. national security adviser John Bolton cautioned Iran against misinterpreting the last-minute cancellation.

Iranian President Hassan Rouhani has warned the West will come to "regret" the day the nuclear agreement collapses, laying blame on the United States for trying to sabotage the historic deal. Rouhani's comment came as a senior Revolutionary Guard official vowed on Tuesday that Iran will defy pressure to scale back the country's ballistic missile programme - part of a new push by US President Donald Trump to renegotiate the original pact signed in 2015. Following a meeting with France's Foreign Minister Jean-Yves Le Drian in Tehran on Monday, Rouhani said while Iran is ready for any "unfavourable" consequences, negotiations and diplomacy remain the best options to save the agreement. "Remaining committed to the accord would prove to the world that the negotiation and diplomacy is the best way to solve problems, but the collapse of the deal means that political talks are a waste of time," he said. Rouhani stressed it is necessary for all signatories of the deal to adhere to their commitments, adding Tehran will never be the first party to violate the agreement, Tasnim News agency quoted him as saying.

Iraq offers to mediate between US, Iran amid ongoing tensions

Iraqi Foreign Minister Mohamed Alhakim, right, shakes hands with his visiting Iranian counterpart Mohammad Javad Zarif at the Ministry of Foreign Affairs Building in Baghdad, Iraq. BAGHDAD – Iraq offered to mediate in the crisis between its two key allies, the United States and Iran, amid escalating Middle East tensions and as Tehran's nuclear deal with world powers steadily unravels. Iraqi foreign minister, Mohammed al-Hakim, made the offer Sunday during a joint news conference in Baghdad with visiting Iranian counterpart Mohammad Javad Zarif. "We are trying to help and to be mediators," said al-Hakim, adding that Baghdad "will work to reach a satisfactory solution" while stressing that Iraq stands against unilateral steps taken by Washington. In recent weeks, tensions between Washington and Tehran soared over America deploying an aircraft carrier and B-52 bombers to the Persian Gulf over a still-unexplained threat it perceives from Tehran. 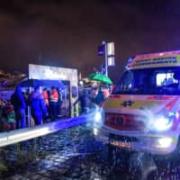