TSA will install 40 luggage CT scanners in airports this year

Delivery robots to digital health apps: 5 ways your next airport visit could be contactless

In addition to cleaning, sanitizing and setting up COVID-19 testing stations, airports are responding to the coronavirus pandemic by finding ways to make the journey through the terminal touch-free. Before the pandemic, contactless services would have been presented as convenient amenities for travelers. Today, however, they have become an important part of the tool kit for keeping passengers safe, healthy and confident enough to travel. From touchless airport parking to check-in, bag drop and even robot food delivery, here are some of the ways – and places – your airport experience might be different during your next trip. CDC advises COVID-19 tests for travel:8 do's and don'ts ahead of your trip Before the pandemic, some airports offered travelers the option to reserve and prepay for parking online. 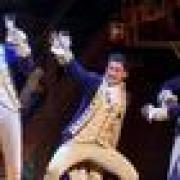