A disabled passenger alleged that Air India would not allow him to board his flight Sunday due to his battery-operated wheelchair. The airline's ground staff refused to let him board unless he removed the wiring from his wheelchair, he claimed. 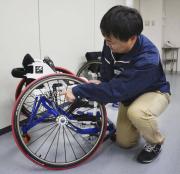 Sports wheelchairs developed by a former Japanese Paralympian are drawing attention ahead of the Tokyo Games. "I want to disseminate Japanese technology throughout the world," says Yasuhiro Jinbo, a 49-year-old former member of the men's Paralympic wheelchair basketball team. "I hope that wheelchair sports will become more popular through the Tokyo Paralympics." The wheelchairs developed by Jinbo are sold in more than 10 countries, including Japan. They were adopted by Britain's national wheelchair basketball team in 2018. 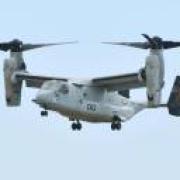 The Japanese government aims to increase the number of hotels with wheelchair-accessible rooms ahead of the 2020 Games, sources familiar with the matter said Wednesday. Under the plan, operators of newly built hotels and inns with 50 or more rooms will be required beginning September 2019 to make at least 1 percent of them wheelchair friendly, compared with a minimum of one such room under current regulations. Both the current and planned new regulations do not apply to existing facilities. Tokyo has come up with the plan as efforts to make hotels accessible to wheelchair users have lagged significantly behind similar moves at public transportation facilities. Statistics from the Land, Infrastructure, Transport and Tourism Ministry show 87.2 percent of the country's train stations and airports used daily by 3,000 or more passengers were accessible to wheelchair users as of March 2017.

Autonomous vehicles can add a new member to their ranks--the self-driving wheelchair. This summer, two robotic wheelchairs made headlines: one at a Singaporean hospital and another at a Japanese airport. The Singapore-MIT Alliance for Research and Technology, or SMART, developed the former, first deployed in Singapore's Changi General Hospital in September 2016, where it successfully navigated the hospital's hallways. It is the latest in a string of autonomous vehicles made by SMART, including a golf cart, electric taxi and, most recently, a scooter that zipped more than 100 MIT visitors around on tours in 2016. The SMART self-driving wheelchair has been in development for about a year and a half, since January 2016, says Daniela Rus, director of MIT's Computer Science and Artificial Intelligence Laboratory and a principal investigator in the SMART Future Urban Mobility research group.

An airline is now apologizing to a disabled man whose wheelchair was destroyed while traveling with the carrier. Andy Latham and his wife, Kerry Latham, claim that the specialized wheelchair was severely damaged while being loaded onto their Ryanair flight from Birmingham Airport in England. The airline told International Business Times in a brief statement Tuesday that its service representatives were working with the couple to get the issue resolved. "We regret any inconvenience caused by our handling agents (Swissport) at Birmingham Airport, and our customer service team are liaising with this customer to resolve this matter directly," the airline said. Andy Latham was partially paralyzed two years ago after suffering a brain hemorrhage, BBC News reported Sunday.