It does not take an infinite number of monkeys to type a passage of Shakespeare. Instead, it takes a single monkey equipped with brain-sensing technology - and a cheat sheet. That technology, developed by Stanford Bio-X scientists Krishna Shenoy, a professor of electrical engineering at Stanford, and postdoctoral fellow Paul Nuyujukian, directly reads brain signals to drive a cursor moving over a keyboard. In an experiment conducted with monkeys, the animals were able to transcribe passages from the New York Times and Hamlet at a rate of up to 12 words per minute. Earlier versions of the technology have already been tested successfully in people with paralysis, but the typing was slow and imprecise.

Monkeys Are Finally Writing Shakespeare, Thanks To A New Brain-Computer Interface

You don't need an infinite number of monkeys to type out the complete works of William Shakespeare. What you need, according to a team of researchers from Stanford University, is one monkey equipped with a brain implant that allows it to interface with a computer. In a new experiment described in the journal IEEE, researchers were able to use a brain-computer interface (BCI) to enable thought-controlled typing at a rate of up to 12 words a minute -- the highest brain-based typing rate ever achieved. In the experiment conducted on two rhesus macaques, the animals were able to transcribe passages from Hamlet and the New York Times. "Our results demonstrate that this interface may have great promise for use in people.

"To be or not to be. That is also the text that Monkey J typed out using a brain implant to control a computer cursor. To be clear, the monkey didn't know it was copying Shakespeare, and it had no deep thoughts about Hamlet's famous monologue. Monkey J and its colleague, Monkey L, were both trained to use their neural implants to move a cursor over a computer screen, hitting circles as they turned green. Stanford University researchers placed letters on those targets to simulate the typing task.

'Mind-reading' tech can now pinpoint emotions flickering across your brain

MRI scans can now be used to read emotions in the human brain, claim scientists. A new study shows that the brain-scanning technology can pinpoint specific emotions while a person is experiencing them. Researchers from Duke University claim to be able to'see' these emotions flickering across the brain. 'It's getting to be a bit like mind-reading,' said Kevin LaBar, a professor of psychology and neuroscience at Duke. 'Earlier studies have shown that functional MRI can identify whether a person is thinking about a face or a house. 'Our study is the first to show that specific emotions like fear and anger can be decoded from these scans as well.' 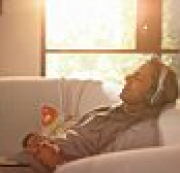 The researchers used an implant in the motor cortex of the brain – which controls the movement of limbs. The brain-spine interface uses a brain implant like this one to detect spiking activity of the brain's motor cortex. Pictured is the brain implant and a silicon model of a primate's brain Two paralysed monkeys have been helped to walk using chips embedded in their brains. The animals displayed'nearly normal locomotion' as the system decoded nerve activity and wirelessly transmitted signals that stimulated leg muscles The system decodes activity from the brain's motor cortex and then relays this information to a system of electrodes located over the surface of the lumbar spinal cord, below the injury As the surgery used components that have been approved for research in humans, the technology could be rapidly developed for human use. Grégoire Courtine is pictured holding a silicon model of a primate's brain and a brain implant Gregoire Courtine and colleagues tested the device in two Rhesus monkeys whose legs had been paralysed by a partial cutting of their spinal cords.