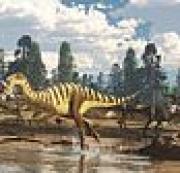 Boot up the options for your digital voice assistant of choice and you're likely to find two options for the gender you prefer interacting with: male or female. The problem is, that binary choice isn't an accurate representation of the complexities of gender. Some folks don't identify as either male or female, and they may want their voice assistant to mirror that identity. But a group of linguists, technologists, and sound designers--led by Copenhagen Pride and Vice's creative agency Virtue--are on a quest to change that with a new, genderless digital voice, made from real voices, called Q. Q isn't going to show up in your smartphone tomorrow, but the idea is to pressure the tech industry into acknowledging that gender isn't necessarily binary, a matter of man or woman, masculine or feminine. The project is confronting a new digital universe fraught with problems.

Alexa, are you making me sexist?

The other day I spent 10 minutes hurling verbal abuse at Siri. Cringing as I spoke, I said into my phone: "Siri, you're ugly." I said, "Siri, you're fat." She replied, "It must be all the chocolate." I felt mortified for both of us.

Artificial intelligence voice assistants with female voices reinforce existing gender biases, according to a new United Nations' report. The new report from UNESCO, entitled "I'd Blush If I Could," looks at the impact of having female voice assistants, from Amazon's Alexa to Apple's Siri, projected in a way that suggests that women are "subservient and tolerant of poor treatment." The report takes its title from the response Siri used to give when a human told her, "Hey Siri, you're a b-tch." Further, researchers argue that tech companies have failed to take protective measures against abusive or gendered language from users. "Because the speech of most voice assistants is female, it sends a signal that women are obliging, docile and eager-to-please helpers, available at the touch of a button or with a blunt voice command like'hey' or'OK,'" the researchers write.