A growing mass of poorly secured devices on the Internet of things represents a serious risk to life and property, and the government must intervene to mitigate it. That's essentially the message that prominent computer security experts recently delivered to Congress. The huge denial-of-service attack in October that crippled the Internet infrastructure provider Dyn and knocked out much of the Web for users in the eastern United States was "benign," Bruce Schneier, a renowned security scholar and lecturer on public policy at Harvard, said during a hearing last month held by the House Energy and Commerce Committee. But he said the attack--which relied on a botnet made of hacked webcams, camcorders, baby monitors, and other devices--illustrated the "catastrophic risks" posed by the proliferation of insecure things on the Internet. For example, Schneier and other experts testified that the same poor security exists in computers making their way into hospitals, including those used to manage elevators and ventilation systems. 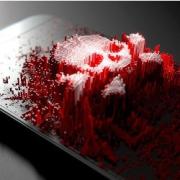 Despite Its Promise, The Internet Of Things Remains Vulnerable 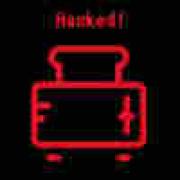 Schneier warns of 'perfect storm': Tech is becoming autonomous, and security is garbage

Israel Cyber Week With insecure computers in charge, the healthcare and transportation sectors have become a nexus of security problems, infosec veteran Bruce Schneier warned delegates at Israel Cyber Week. Schneier said that confidentiality attacks, such as leaks of personal information, are being replaced by more dangerous integrity and availability attacks. Schneier told El Reg after his speech: "Everybody understands what might happen if your pacemaker is hacked and it delivers a lethal charge, but what if I took over some inter-connected robot toy and tripped you in your house? "Cars and medical devices are the near-term examples that are very evocative." This poses some tough challenges for security engineering, namely: how to update systems that have an effect on the physical world in near real time; and how to deliver authentication at scale as millions of devices are connected to the internet; and broken supply chain security.