Scientists have created an entirely silent plane that flies without any moving parts at all, like something out of science fiction. The plane can travel for relatively long journeys despite not having any kind of propellor, turbine or any moving parts at all. And it flies entirely silently, drifting across the air. Uber has halted testing of driverless vehicles after a woman was killed by one of their cars in Tempe, Arizona. The I.F.O. is fuelled by eight electric engines, which is able to push the flying object to an estimated top speed of about 120mph The giant human-like robot bears a striking resemblance to the military robots starring in the movie'Avatar' and is claimed as a world first by its creators from a South Korean robotic company Waseda University's saxophonist robot WAS-5, developed by professor Atsuo Takanishi and Kaptain Rock playing one string light saber guitar perform jam session A man looks at an exhibit entitled'Mimus' a giant industrial robot which has been reprogrammed to interact with humans during a photocall at the new Design Museum in South Kensington, London Electrification Guru Dr. Wolfgang Ziebart talks about the electric Jaguar I-PACE concept SUV before it was unveiled before the Los Angeles Auto Show in Los Angeles, California, U.S The Jaguar I-PACE Concept car is the start of a new era for Jaguar.

PHOENIX – Prosecutors announced Tuesday that they didn't find evidence to criminally charge Uber in the crash that killed a woman a year ago in Tempe. But it is leaving possible criminal charges against the autonomous car's operator back in Maricopa County officials' hands. Yavapai County Attorney Sheila Sullivan Polk's Office took the case at the request of Maricopa County Attorney Bill Montgomery after he cited a potential conflict of interest. Polk in a Monday letter to Montgomery said her office would recommend that Tempe police further investigate to help Montgomery's office determine if any other charges should be filed against the driver. A report the Tempe Police Department released in June revealed 44-year-old Rafaela Vasquez, the operator of Uber's self-driving vehicle, was watching "The Voice" via a streaming service when the autonomous car hit 49-year-old Elena Herzberg on March 18 as she crossed a street outside of a crosswalk with her bike. 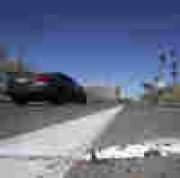 The 18th of March, 2018, was the day tech insiders had been dreading. That night, a new moon added almost no light to a poorly lit four-lane road in Tempe, Arizona, as a specially adapted Uber Volvo XC90 detected an object ahead. Part of the modern gold rush to develop self-driving vehicles, the SUV had been driving autonomously, with no input from its human backup driver, for 19 minutes. An array of radar and light-emitting lidar sensors allowed onboard algorithms to calculate that, given their host vehicle's steady speed of 43mph, the object was six seconds away – assuming it remained stationary. But objects in roads seldom remain stationary, so more algorithms crawled a database of recognizable mechanical and biological entities, searching for a fit from which this one's likely behavior could be inferred. At first the computer drew a blank; seconds later, it decided it was dealing with another car, expecting it to drive away and require no special action. Only at the last second was a clear identification found – a woman with a bike, shopping bags hanging confusingly from handlebars, doubtless assuming the Volvo would route around her as any ordinary vehicle would. Barred from taking evasive action on its own, the computer abruptly handed control back to its human master, but the master wasn't paying attention. Elaine Herzberg, aged 49, was struck and killed, leaving more reflective members of the tech community with two uncomfortable questions: was this algorithmic tragedy inevitable? And how used to such incidents would we, should we, be prepared to get? "In some ways we've lost agency.

Uber will not be held criminally liable in the fatal crash last year in Tempe, Arizona, in which a self-driving vehicle struck and killed a pedestrian, a county prosecutor announced Tuesday. Yavapai County Attorney Sheila Polk said Uber won't face criminal charges in the March 2018 crash -- believed to be the first fatality in the U.S. involving a self-driving vehicle. Polk said her office concluded that video of the crash likely didn't accurately depict the collision and recommended that Tempe police seek more evidence. DRIVER IN FATAL SELF-DRIVING UBER CRASH WAS WATCHING'THE VOICE,' INVESTIGATORS SAY It's not known whether prosecutors are considering charges against the driver. Dashcam video released by the Tempe Police Department last year showed an interior view of Uber backup driver Rafael Vasquez in the moments before the crash.