Humans will have a 'robot second-self'

Robot'alter-egos' that are a digital extension of our consciousness and know everything about us will soon be a reality.

'Sell/Buy/Date,' an exploration of the sex industry, is a must-see one-woman marvel

Instead of slides, she shows the class a series of interviews with people from our era. These interviews, we learn, were recorded with "bio-empathetic resonant technology (BERT)," a technique invented in 2019, which allows viewers to experience the subject's feelings and memories. If not the most feasible of inventions -- it's reminiscent of the melding of computers and human experience in the Netflix series "Black Mirror" -- it provides the dramatic pretext for Jones to slip seamlessly into her vivid alter-egos, who gradually reveal the phases of the revolution that turned our broken world into this utopia.

Gorillaz always had 'a touch of the apocalypse'

Song Machine Live will see him perform indie-electro-hip-hop tracks from the band's new album alongside a 14-piece band and special guests including Slaves, Georgia and Peter Hook. Simultaneously, and with the help of creative director Stephen Gallagher, Hewlett will mix in animations of Gorillaz' alter-egos, Murdoc, Russel, 2D and Noodle.

The voices of 'Overwatch' had a blast at BlizzCon, and filmed it 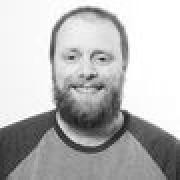 Heroes never die, but they do have IRL alter-egos. Jonny Cruz -- the voice of Lúcio in Overwatch -- met up with several of his fellow voice actors at BlizzCon 2016 over the weekend. The fun-loving group spent some time hamming it up for the camera, playing with a variety of their memorable one-liners from the game. SEE ALSO: Hey'Overwatch' fans: Go play with Sombra Cruz cut the whole thing together and shared it on Tuesday, giving Overwatch fans a brief respite from the day's tense vote counting process. It's really strange to hear these oh-so-familiar voices coming out of actual human mouths, but also great to actually see the talented individuals we've spent so much time with as fans.

Hugh Jackman and Patrick Stewart having been playing their X-Men characters for 17 years. That much time creates an indelible relationship between character and actor, and if they could meet their alter-egos, they'd want to say thanks. SEE ALSO: 'Logan' is dark, desperate and violent -- and critics love it "This has been a character that I've loved playing. I would say thank you to him, and I'd also like to just put my hand on his shoulder and go'You're okay, man,'" Jackman told Mashable, before adding that the hotheaded Logan might "punch me in the head." The two actors take their final adventure with these characters in Logan, out March 3. "I would say to Charles: 'You were right, you were always right,'" Stewart says.