Fox News Flash top entertainment and celebrity headlines are here. Check out what's clicking today in entertainment. Get all the latest news on coronavirus and more delivered daily to your inbox. When a musician marries an actress, it stands to reason that creativity will run in their family -- especially while everyone is stuck inside. As is the case Keith Urban, who recently spoke to Entertainment Tonight about quarantining with his wife, Nicole Kidman and their children, Sunday, 11, and Faith, 9, amid the coronavirus outbreak. 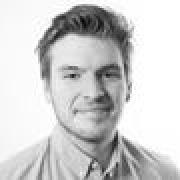 Important Oscars update: Nicole Kidman claps weird. Clapping, of course, is a joining of the hands with fluctuating levels of force as a sign of glee or respect. It's hard to do weird, but Nicole Kidman is managing it quite well. Look, we know this is a strange thing to call out -- it's petty. To be honest with you, we've held off quite a bit but we just can't remain silent any more: Nicole Kidman claps in an unorthodox way.

Nicole Kidman isn't known for courting controversy, but that's exactly what has surrounded her since she arrived in Hong Kong to begin shooting her new Amazon Prime series about privileged White expatriate women enjoying the high life in the former British colony. Kidman has been accused of exploiting the sort of "White privilege" she presumably satirizes in "Expats," starting with the outrage the Hollywood star sparked after getting a special waiver to avoid the multi-day COVID-19 quarantine that's required of most other travelers. More recently, the 54-year-old Oscar winner has faced the ire former Hong Kong politicians, exiled in Kidman's home country of Australia, the Sydney Morning Herald reported. They have urged her to consider the consequences of filming her series in Hong Kong, saying she appears to be collaborating with China's hardline government. "What does she have to say to my comrades thrown (in) jail?" exiled Hong Kong MP Ted Hui asked in the Herald. Beijing, asserting more control over Hong Kong's local affairs, cracked down on political protests that erupted in 2019 and 2020.

Rami Malek wasn't the only one embarrassed when Nicole Kidman swerved his attempts to chat onstage at the 2019 Golden Globes. Nicole Kidman is revealing how her husband, Keith Urban, responded when he saw her disheveled character in her latest big screen film, "Destroyer." "I think he was shocked," Kidman told Entertainment Tonight on Sunday. "Audiences as well, which is fantastic. I mean, obviously, that's something that we were hoping we would create, a different person, and that's what I'm always looking to do, is to become a different person."

Fox News Flash top entertainment and celebrity headlines are here. Check out what's clicking today in entertainment. Nicole Kidman is committed to bringing her characters to life on screen. In her new limited series "Nine Perfect Strangers," Kidman revealed she stayed in character for five months while filming in Australia. The Emmy- and Oscar-award-winning actress, 54, told reporters during a Television Association Critics panel last week that while shooting the Hulu drama she didn't break her accent.