Nearby, five young people have laptops, cellphones, water bottles, energy drinks and backpacks on Fadness' desk and across a conference table in the mayor's actual office. He says the recent high school graduates needed room to work. 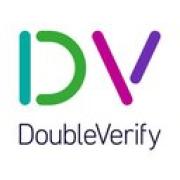 DoubleVerify is a leading software platform for digital media measurement, data and analytics. DV's mission is to be the definitive source of transparency and data-driven insights into the quality and effectiveness of digital advertising for the world's largest brands, publishers and digital ad platforms. DV's technology platform provides advertisers with consistent and unbiased data and analytics that can be used to optimize the quality and return on their digital ad investments. Since 2008, DV has helped hundreds of Fortune 500 companies gain the most from their media spend by delivering best in class solutions across the digital advertising ecosystem, helping to build a better industry. As a Data Engineer Intern, you will work with DoubleVerify's versatile Engineering and Product teams on mission-critical systems that process billions of real-time transactions a day and solve/address complex challenges with Big-Data processing and analytics at scale.

Apply for a summer 2022 internship with IBM Quantum

As summer 2021 comes to a close, we want to reflect on the work of IBM Quantum interns this year and begin planning for summer 2022 internships. We have high expectations for what interns will accomplish during their time here with IBM Quantum, and we are always impressed with their work and their impact. IBM Quantum interns make meaningful contributions to our roadmap for scaling quantum technology and our roadmap for building an open quantum software ecosystem. So, whether you are a developer, an engineer, or a researcher, we have opportunities for you to come build the future of quantum with us. Our full-stack approach delivers the best of IBM's quantum computing systems together with the most-complete suite of quantum software tools and cloud services; while the community of users we support is the most active quantum computing community in the world.

A group of 13 interns at the Democratic Congressional Campaign Committee sent a signed letter to chairman Rep. Ben Ray Luján (D., N.M.) on Thursday demanding that they be paid for their internships. Lydia Murray, who is Chinese-American, penned the letter and got the signature of 12 of her colleagues, also calling out her fellow interns who did not want to sign the letter. She characterized those who refused to sign the letter as "white and wealthy," adding that they don't have a "real understanding of the perspectives of everyday working Americans," according to Roll Call. "Most of our fellow interns, while undoubtedly bright, are white and wealthy and have no real understanding of the perspectives of everyday working Americans, nor do we have fellow interns with diverse backgrounds to discuss issues, ideas, or experiences with," her letter stated. "This disconnect is then reflected [in] policy positions, now and in the future."

President-elect makes announcement while introducing his health team in Wilmington, Del. Over 200 former White House interns are now asking President-elect Joe Biden to pay future interns, the latest effort to remove barriers that prevent people from minority backgrounds from getting an equal opportunity as their more well-off counterparts. "The fact is, unpaid internships perpetuate those inequities," Pay Our Interns, an advocacy group, wrote in a letter Monday. "They prevent young people of color and low socioeconomic status from gaining valuable professional experience because they cannot afford to work for free. More specifically, unpaid White House internships prevent the same young people from civic engagement and leadership."