MEXICO CITY – The Mexican government has fired the top electoral-crimes prosecutor for revealing an investigation that opponents say indicates possible corrupt financing for the ruling party.

Mexican president-elect slashes his own salary

MEXICO CITY – Mexican President-elect Andres Manuel Lopez Obrador said Sunday he plans to earn less than half of what his predecessor makes when he takes office in December as part of an austerity push in government. "What we want is for the budget to reach everybody," he told reporters in front of his campaign headquarters. Glancing at a piece of paper with numbers on it, Lopez Obrador said he will take home 108,000 pesos a month, which is $5,707 at current exchange rates, and that no public official will be able to earn more than the president during his six-year term. The transition team calculates that current Mexican President Enrique Pena Nieto makes 270,000 pesos a month. Lopez Obrador said he'd like to reduce his salary even further, but that he doesn't want to cause resentment among future Cabinet members who are in some cases leaving private sector positions and academic posts that pay more than the new ceiling for public officials.

The sordid record of former Mexican governors: 3 in prison, 3 under investigation and 4 wanted by authorities

Earlier this week, when Mexican authorities issued an arrest warrant for the former governor of the border state of Chihuahua, he joined a long list of former governors from across the country who have run afoul of the law, usually on charges of corruption. Some former governors are serving time in prison; some are facing criminal charges. Four are being sought by authorities. Duarte stepped down from the governor's post Oct. 12, six weeks before the end of his six-year term. He then disappeared, and Mexican authorities announced a reward of 15 million pesos (about $730,000) for information leading to his arrest.

Mexican ex-governor detained on corruption charges is 3rd this year

Another former Mexican governor is behind bars on corruption allegations. Roberto Borge, who was governor of Quintana Roo from 2011 to 2016, was arrested in Panama in connection with the sale of state properties worth hundreds of millions of dollars. Borge is the third ex-governor from President Enrique Pena Nieto's governing Institutional Revolutionary Party, or PRI, detained this year on corruption allegations. Roberto Borge, then candidate of the Institutional Revolutionary Party, PRI, in a July 4, 2010 file photo. Javier Duarte were arrested in April in Italy and Guatemala, respectively. 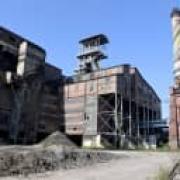 MEXICO CITY – Veteran leftist Andres Manuel Lopez Obrador took office as Mexican president on Saturday, vowing to see off a "rapacious" elite in a country struggling with corruption, chronic poverty and gang violence on the doorstep of the United States. Backed by a gigantic Mexican flag, the 65-year-old took the oath of office in the lower house of Congress, pledging to bring about a "radical" rebirth of Mexico to overturn what he called a disastrous legacy of decades of "neo-liberal" governments. "The government will no longer be a committee at the service of a rapacious minority," said the new president, who is often nicknamed AMLO. Nor would the government, he said, be a "simple facilitator of pillaging, as it has been." Lopez Obrador later addressed a massive crowd of supporters in the heart of the capital, promising to put Mexico's sizeable indigenous minority first in his drive to root out inequality.