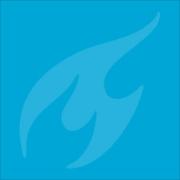 Yet, Bessa argues that the most important aspect of the work is not the particular material that was created but the ability to reach untapped regions of the design space via machine learning. 'The important thing is that machine learning creates an opportunity to invert the design process by shifting from experimentally-guided investigations to computationally data-driven ones, even if the computer models are missing some information. The essential requisites are that'enough' data about the problem of interest is available, and that the data is sufficiently accurate.' Bessa is a strong proponent of data-driven research in mechanics and materials science. 'Data-driven science will revolutionize the way we reach new discoveries, and I can't wait to see what the future will bring us.'

These Invisible Organisms Hold the Key to Life on Earth

Leeuwenhoek was a fascinating character. He was not a trained scientist. He was a draper and civic servant. But he had an insatiable curiosity about the world and he fed that curiosity by looking at the world through lenses that he made himself, which were the most powerful lenses and microscopes around at the time. He looked at water from a lake outside Delft and saw protozoans.

You will be given access through a CAD4COVID account that will be created for your facility. Fill in the form to access CAD4COVID or if you want to ask us any questions. Liability clause CAD4TB is a CE certified product. The CAD4COVID module has been developed in support of the crisis situation. It is not a certified product. 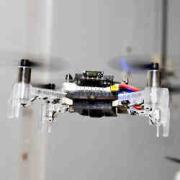 Amazon is always on the lookout for new robotic technologies to improve efficiency in its warehouses, and this year deep learning appears to be leading the way. That's according to the results of the second annual Amazon Picking Challenge, which has been won by a joint team from the TU Delft Robotics Institute of the Netherlands and the company Delft Robotics. Amazon's 2016 event was held in conjunction with Robocup 2016 in Leipzig, Germany. Two parallel competitions took place: a Pick Task much like last year's, in which a mix of items has to be lifted from warehouse shelves and packed into a container; and a new "Stow Task," which involves taking items out of a tote and putting them onto the shelves. The Pick Task asked contestants to pick up and safely deposit 12 items from a mixed shelf into a container in the shortest possible time.