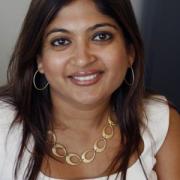 Next-generation cognitive computing is rapidly changing how we live and work. Thousands of brands like 1-800-Flowers and Sesame Street are already using cognitive solutions like IBM Watson to redefine how they improve performance, customer service and revenue. Today's business challenges have never been more complex, and the critical insights that can help address these challenges are often buried in an avalanche of data. With cognitive computing, we are now able to unlock the value in ALL the data -- from internal, external and even publicly available sources -- available to a business. Much of this data was previously inaccessible as it existed in was unstructured (documents, emails, social media posts and images etc.), or was dispersed among any many systems and silos.

IBM Watson Provides Self-Service AI for Developers By Darryl K. Taft Posted 2016-05-07 Print In what IBM calls "self-service AI," the company enables developers to easily tap into the power of its Watson APIs to build cognitive apps. When IBM initially launched its Watson cognitive computing platform, one of the first questions on a lot folks' minds was, "When can I tap into the power of Watson?" IBM responded by opening up Watson to developers via the Watson Developer Cloud, which offers Watson services and APIs as well as useful documentation and tutorials, starter kits and access to the Watson developer community. IBM started slow and continued to evolve its Watson strategy for developers. The company started with just a few Watson partners and offered just a handful of Watson services.

IBM's Watson-powered ads graduate from beta this week in hopes that cognitive computing can make marketing more engaging and personalized industry by industry. Chances are pretty good that Watson may be on to something. There are some things that machines are simply better at doing than humans, but humans still have plenty going for them. Here's a look at how the two are going to work in concert to deliver a more powerful future for IT, and the human race. The Watson-infused ads, initially announced in June, are rolling out on The Weather Co. properties such as its mobile app.

IBM's bet on cognitive computing, Watson will take time to pay off

IBM is betting its future revenue growth on cognitive computing, but Watson and the gang remain a work in progress. With IBM's first quarter earnings report it was clear that Big Blue can manage its bottom line well, but revenue continues to decline over time. IBM is a tough ship to turn and it is trying to break out in cloud services and analytics. But the big question to date has revolved around Watson. Watson is IBM's cognitive computing brand, but it has been unclear how scalable the technology is. As a result, IBM has been buying up analytics companies and rolling them up under the Watson brand.

This week, Watson is adding to his repertoire of cognitive ads on Weather.com, with the announcement of the first one for the auto industry. Last October, the IBM-owned Weather Company launched the first such cognitive ad on its site, for Campbell Soup. In it, a site visitor could enter a few ingredients, and Watson -- drawing on his experience as Chef Watson, where he has been trained to understand human food tastes -- would return an original recipe using those ingredients. Since then, another five Watson-powered cognitive ads have seen the light of day, for Country Crock, Swanson, Hellman's, Theraflu and Flonase. The newest ad, for Toyota's Prius Prime, allows viewers to engage in one-to-one conversation with the brand, enabled by Watson's subject matter expertise on the topic.