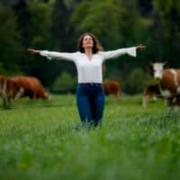 Iran's elite Revolutionary Guard (IRGC) are "highly likely" to have facilitated attacks last Sunday on four tankers, including two Saudi ships, off Fujairah in the United Arab Emirates, according to a Norwegian insurers' report. The UAE, Saudi Arabia and Norway are investigating the attacks, which also hit a UAE- and a Norwegian-flagged vessel. A confidential assessment issued this past week by the Norwegian Shipowners' Mutual War Risks Insurance Association (DNK) concluded that the attack was likely to have been carried out by a surface vessel operating close by that dispatched underwater drones carrying 30 to 50 kg (65 to 110 pounds) of high-grade explosives to detonate on impact. The attacks took place against a backdrop of U.S.-Iranian tension following Washington's decision this month to try to cut Tehran's oil exports to zero and beef up its military presence in the Persian Gulf in response to what it called Iranian threats. DNK noted that the Fujairah attack had caused "relatively limited damage" and had been carried out at a time when U.S. Navy ships were still en route to the Persian Gulf.

The Saudi-led military coalition fighting in Yemen said one of its helicopters crashed in eastern Yemen on Tuesday, killing 12 Saudi officers in one of the deadliest incidents for the kingdom's troops since the war began more than two years ago. The Black Hawk helicopter crashed in the eastern province of Marib, the coalition said, adding that it is investigating the circumstances. The incident happened as U.S. Defense Secretary James Mattis arrived in the Saudi capital, Riyadh, to discuss the Yemen war with Saudi leaders. The coalition of mostly Arab Sunni countries has waged a campaign to dislodge Yemeni Shiite rebels, known as Houthis, who seized Yemen's capital and some other areas in 2014 and forced the internationally recognized government to flee the country. The U war has claimed the lives of more than 10,000 civilians and led to the displacement of some 3 million Yemenis.

Iranians block major shipping route amid escalating tensions with U.S. A major shipping route located between Oman and Iran where nearly one-third of the world's sea-traded oil passes through daily may become a new flashpoint after a top Iranian Navy general said Monday that the country has taken full control of the Strait of Hormuz. The head of the navy of Iran's Revolutionary Guards, Gen. Alireza Tangsiri, said that Iran had full control of both the Persian Gulf itself and the Strait of Hormuz that leads into it, Reuters reported. The strait, which at its narrowest point is 21 miles wide, has shipping lanes that are 2 miles wide in each direction and is the only sea passage from many of the world's largest oil producers to the Indian Ocean. "It's a very contentious area," retired Lt. Col. Bob Maginnis told Fox News' "Your World with Neil Cavuto" earlier this month. The Strait of Hormuz is where most of the oil from Saudi Arabia passes through, according to the U.S. Energy Information Administration.