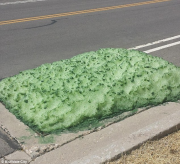 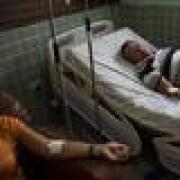 Inc.'s founder and CEO, Patrick M. Byrne, said he will take a personal leave of absence for medical reasons. Byrne recommended to the board of directors that current general counsel Mitch Edwards take over as acting CEO. The Salt Lake City-based online retailer is unsure of whether he will return. The cause for the leave is stage IV hepatitis C. Byrne contracted it in China in 1984 when he had a head wound sewed up under what he termed as "less -than-ideal" conditions. Hepatitis C is a liver disease caused by a virus that is transmitted through blood.

Police arrested the adoptive parents of a 6-year-old boy after a witness claimed he was locked in a basement with no lights or bathroom facilities each night, and fed a diet largely based on carrots. Clarissa Anne Tobiasson, 27, and Brett Parker Tobiasson, 31, are now facing felony child abuse charges, Fox 8 reported. A witness to the alleged abuse said they "noticed the child had an'orangey' tint to his skin," a press release from the Utah County Sheriff's Office said, according to Fox 8. The witness claimed to have brought a pizza to the home for dinner, only for the boy to allegedly be told by Clarissa that he could not eat any unless he finished his carrots within a 15-minute time limit. The boy did not finish in time and was denied pizza, according to the press release.

No New Hepatitis A Cases Confirmed at Restaurants, Store

The Salt Lake Tribune reports neither Salt Lake or Utah county has discovered any new cases of the disease since sounding the alarm last month, though the disease's long incubation time means it's still possible.

Utah Bill Would Ban Abortions Based on Down Syndrome

A Utah lawmaker wants to bar doctors from performing abortions sought because of a diagnosis of Down syndrome even though legislative lawyers warn that there's a high probability that a court will find the law unconstitutional.