Kenneka Jenkins didn't have a Twitter account before her untimely death in a Chicago hotel, but a phony page emerged after her story went viral Monday. The account promised to give details about the 19-year-old's last moments. Jenkins was found dead inside the walk-in freezer at the Crowne Plaza Chicago O'Hare Hotel and Conference Center Saturday. "It was Shamaya," the first tweet on the hoax account read. I just have to get it off my chest.

Police investigating the mysterious death of Chicago teen Kenneka Jenkins, whose body was found dead in a Rosemont hotel freezer, will release new photos and videos of the crime scene, local media reports said. Jenkins was partying at the Crowne Plaza Hotel in Rosemont Sept. 10 with her friends and later went missing. 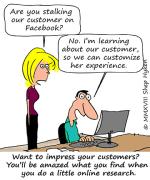 First, the concept of personalization is to make the customer feel like the experience is somewhat unique to them. If I've stayed in a hotel and made a special request, the hotel may note that in my record, and the next time I stay at that hotel, they might remember the request so I don't have to ask. What the Crowne Plaza Lansing did was different. Before I go any further, you need to know a little about me. You probably know I travel around the world delivering keynote speeches on customer service and experience.

Poll: Ninety Per Cent of Republicans Would Book Rooms at Trump Plaza Hotel in Atlantic City

ATLANTIC CITY (The Borowitz Report)--In a possible indication of Donald J. Trump's continuing hold over the G.O.P., a new poll shows that ninety per cent of Republicans would book rooms at the Trump Plaza Hotel and Casino in Atlantic City. Of those polled, a broad majority "strongly agreed" with the statement that "the Trump Plaza Hotel and Casino offers the finest lodgings in the United States." Additionally, those surveyed characterized any reports suggesting that the Trump property would be less than an ideal place to stay as a "hoax." At the United States Senate, the Republicans Ron Johnson, Lindsey Graham, Ted Cruz, and Josh Hawley announced that they had just booked rooms at the Trump Plaza Hotel and Casino, which has emerged as the front-runner to host the 2024 Republican National Convention.

BEIJING – In China, the plush international hotel lobby has been one of the few places to find gaps in the "Great Firewall," a sophisticated system that denies online users access to blocked content such as foreign news portals and social media platforms like Facebook and Twitter . Now, though, that small crack in the system may be closing, too, as Beijing tightens control over what it sees as its domestic cyberspace, mimicking real-world border controls and subject to the same laws as sovereign states. Regulators have warned firms providing internet networks for hotels to stop offering, or helping to install, virtual private networks (VPNs) into hotel systems -- tools that allow users to evade, at least partially -- China's internet censors. "We received notices recently from relevant (government) departments, so we don't make recommendations anymore," said a marketing manager at Chinese hotel network provider AMTT Digital, who is not named as he is not authorized to talk to the media. He added this was linked to increased government scrutiny over the use of unauthorized VPNs.