The Salt Lake Tribune reports that about a dozen members of the American Federation of Government Employees held a rally on Monday outside the Salt Lake City Veterans Affairs Hospital to demand that the agency fill the vacancies.

The Philippine ambassador to Kuwait says he has received almost 6,000 complaints of abuse towards Filipino workers last year.

A man's claim that his wife, who worked at a day care center in Aichi Prefecture, was forced to apologize to her employer for getting pregnant ahead of senior coworkers, highlights how the labor crunch in female-dominated sectors can lead some operators to take extreme measures. The complaint went viral online after a major newspaper published the man's letter in February. In the letter, the 28-year-old man said he accompanied his wife to the private nursery school in Aichi where she worked to apologize for getting pregnant ahead of her older coworkers. The man, from Nagoya, claimed the center's head had set rules for when female workers were allowed to get married or pregnant. The man was also quoted as saying that his wife was exposed to repeated scolding "for arrogantly breaking the institution's rules."

That's apparently what happened with surgery technician Rocky Allen, who jumped from hospital to hospital before he was caught taking a syringe filled with painkillers from an operating room in January. The hospital and state health officials issued a public call for the approximately 2,900 patients who had surgery during Allen's time at the hospital to be tested for hepatitis and HIV. No reported cases of HIV have been detected but about 1,000 people still either need to be tested or get follow up tests. 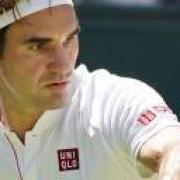 National Archives of Japan President Takeo Kato is alarmed by the document management scandals plaguing the Abe administration and says the issue highlights Japan's growing pains as it moves toward becoming a more robust democracy. "It's a matter relating to the degree of the maturity of democracy," Kato said in an interview. "With only seven years having passed since the Public Records Management Law was enforced, the idea that public documents are part of a democracy's key infrastructure has yet to become ingrained in public workers' minds." The scandals include the Finance Ministry's manipulation of documents related to nationalist school entity Moritomo Gakuen, which was able to buy a chunk of state land at a steep discount, and the Defense Ministry's cover-up of activity reports written by the Ground Self-Defense Force teams Japan sent overseas for U.N. peacekeeping operations. Kato noted that the Watergate scandal in the United States occurred over 40 years ago and that its rules on how to manage public documents gradually became well-established based on the lessons learned from repeated failures.