Emphasize the rewards: Although Pegasystems' "What Consumers Really Think About AI" survey reveals that 72% of respondents are afraid of AI in some way, 68% of people want more AI if it will make their lives easier. For this reason, companies must educate consumers on how AI benefits the customer experience. Examples include getting better product offers, faster customer service, and more relevant messaging from favorite brands. Be transparent: Transparency tops the list of features valued most highly among business leaders, and for good reason: Consumer trust is the foundation for real engagement. In response, companies should disclose information on how consumer data is being used and stored, and the precautionary measures being taken to protect consumer privacy--a critical step in building trust with customers.

Most RPA companies and consultants are publishing on the benefits of RPA. On top of our findings, we benefited from 2 articles that helped structure our thinking on RPA benefits. Top 15 benefits of RPA from those articles and our insights are below. They cover RPA's overall benefits as well as its specific benefits to customer satisfaction, analytics, HR, IT and compliance. Depending on the focus on the business, these could impact top or bottom line.

How AI is Changing the Modern Workplace - x.ai

AI will fundamentally change the workplace. In the near future, AI enabled machines will be involved in everything from onboarding customers and employees, through to customer service. We are at the very beginning of this journey. The biggest changes are being felt at the largest companies. A 2019 report by Gartner revealed that enterprise use of AI has grown over 270 percent from 2014 to 2019.

"A bank redesigned its claims process to use bots for handling 1.5 million requests each year." This blog reveals the benefits of RPA that you have not heard off. With a lot of buzz around, Robotic Process Automation has become the hottest topic of discussion among the C-suite. One of the major benefits of RPA is that it helps to automate mundane tasks. This increases the work productivity of the employees and gives them ample time to do value-driven tasks.

AI Can Change People's Jobs – and Make Them More Valuable 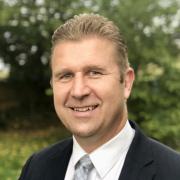 That, by default, means that AI has the potential to change people's jobs, especially for those involved in rote transactional tasks (e.g., automatically emailing a receipt following an online purchase). However, AI is increasingly taking on cognitive tasks that previously required a human touch, such as conversational AI providing customers with 24/7 access to information and services. While automation enables companies to spend less money to achieve the same (or better) results, decision makers would be wise to keep in mind the other opportunities AI opens – particularly the ability to reapply human capital elsewhere within their businesses. AI should not be viewed as a replacement for human workers, but rather as a means to free humans from the repetitive (and in some cases rather boring) tasks that define so much of the modern work day. It would be understandable that this transition is a source of trepidation for some workers, but it's nothing the marketplace hasn't experienced before.