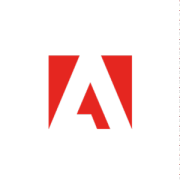 WIRE)--Today's most successful brands already use data science to personalize experiences and address customer needs. Brands are increasingly building internal statistical models and algorithms to tailor experiences and yet most are not fully leveraging artificial intelligence (AI) technology. To help with this, Adobe (Nasdaq:ADBE) today announced it will open up its data science and algorithmic optimization capabilities in Adobe Target, the personalization engine of Adobe Marketing Cloud. Brands will be able to insert their own data models and algorithms into Adobe Target to deliver the best experience to customers. Additionally, the company announced new capabilities in Adobe Target powered by Adobe Sensei, its AI and machine learning framework, to further enhance customer recommendations and targeting precision, optimize experiences and automate the delivery of personalized offers.

Adobe: In the weeds, in the zone (part two)

Video: Adobe to acquire Magento Commerce for $1.68 billion OK, this section, part two of the Adobe Digital Marketing Summit has been weighing on my mind for weeks. I've been procrastinating in part because Adobe is such a damned complex company. And now that they bought Magento for e-commerce, even though that wasn't discussed at the Digital Marketing Summit, I have to discuss it here, because it has a potential bearing on one of the things that I'm going to bring up, making this even more complex. In Adobe part one from a couple of weeks ago, I ran you through two different "tracks": First, how did Adobe do when it came to their actual event? Then, how do you distinguish the kinds of customer experience out there, and which one is Adobe actually focused on? That was important to set the context of Adobe's current and next phase -- where they are, where they are going, and what they need to do to get there. I hope, after you read part one (and this part), that you're clear on why I wouldn't typically support a technology company's messaging around customer experience, especially since time and time again. I've railed against the whole idea of customer experience technology under the umbrella trope -- "You can't enable how someone feels" -- via technology, which, not so incidentally, I still maintain. However, that said, I am going to actually do something that I literally told Adobe was a bad idea about 10 years ago and support their messaging around the Adobe Experience Cloud (the experience part, not the cloud part so much. But let's dig in based on what I saw and learned from both the Digital Marketing Summit 2018 and what has been supported/supplemented by the acquisition of Magento, which I am feeling a bit mixed -- though mostly positive -- about right now. To explain why the Digital Marketing Summit was of pivotal importance in Adobe's evolution in the market, I have to reiterate something that I think was the most important pronouncement that Adobe made -- and they made it in 2016, too.

Adobe on Thursday unveiled new voice analytics capabilities in Adobe Analytics Cloud designed to help brands personalize customer experiences and drive loyalty via voice-based interfaces. Apple's iPhone made its debut 10 years ago. Here's a look at how it has impacted business and the enterprise. Using machine learning and artificial intelligence technology from Adobe Sensei, the platform enables businesses to analyze voice-activated searches through AI assistant platforms including Apple Siri, Microsoft Cortana, Google Home, and Amazon Alexa. For companies developing skills or other voice-based app equivalents, the software will track performance across devices and platforms, and provide a clearer picture of the overall customer journey.