Slashpack: An Integrated Tool for Gathering and Managing Hypertext Data

Many interesting Web-based AI problems require the ability to collect, store and process large text datasets. To address this problem, we have developed Slashpack, an integrated toolkit for collecting and managing hypertext data. Currently, we are using Slashpack to study the effectiveness of tagging as a mechanism for organizing and searching blogs, and also to study community structure in the blogosphere.

What is Text Clustering? - insideBIGDATA 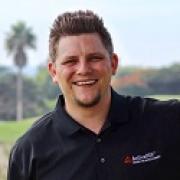 Automatic document organization, topic extraction, information retrieval and filtering all have one thing in common. They require text clustering (sometimes also known as document clustering) to be done quickly and accurately. If you've never heard of text clustering, this post will explain what it is, what it does, and how its currently being used to aid businesses. We'll also briefly discuss how a business could employ text clustering too! First, let's define text clustering.

Although there has been significant previous work on semi-supervised learning for classification, there has been relatively little in sequence modeling. This paper presents an approach that leverages recent work in manifold-learning on sequences to discover word clusters from language data, including both syntactic classes and semantic topics. From unlabeled data we form a smooth, low-dimensional feature space, where each word token is projected based on its underlying role as a function or content word. We then use this projection as additional input features to a linear-chain conditional random field trained on limited labeled training data. On standard part-of-speech tagging and Chinese word segmentation data sets we show as much as 14% error reduction due to the unlabeled data, and also statistically-significant improvements over a related semi-supervised sequence tagging method due to Miller et al.

An increasing number of people are using online social networking services (SNSs), and a significant amount of information related to experiences in consumption is shared in this new media form. Text mining is an emerging technique for mining useful information from the web. We aim at discovering in particular tweets semantic patterns in consumers' discussions on social media. Specifically, the purposes of this study are twofold: 1) finding similarity and dissimilarity between two sets of textual documents that include consumers' sentiment polarities, two forms of positive vs. negative opinions and 2) driving actual content from the textual data that has a semantic trend. The considered tweets include consumers opinions on US retail companies (e.g., Amazon, Walmart). Cosine similarity and K-means clustering methods are used to achieve the former goal, and Latent Dirichlet Allocation (LDA), a popular topic modeling algorithm, is used for the latter purpose. This is the first study which discover semantic properties of textual data in consumption context beyond sentiment analysis. In addition to major findings, we apply LDA (Latent Dirichlet Allocations) to the same data and drew latent topics that represent consumers' positive opinions and negative opinions on social media.

SemRec: A Semantic Enhancement Framework for Tag Based Recommendation

Collaborative tagging services provided by various social web sites become popular means to mark web resources for different purposes such as categorization, expression of a preference and so on. However, the tags are of syntactic nature, in a free style and do not reflect semantics, resulting in the problems of redundancy, ambiguity and less semantics. Current tag-based recommender systems mainly take the explicit structural information among users, resources and tags into consideration, while neglecting the important implicit semantic relationships hidden in tagging data. In this study, we propose a Semantic Enhancement Recommendation strategy (SemRec), based on both structural information and semantic information through a unified fusion model. Extensive experiments conducted on two real datasets demonstarte the effectiveness of our approaches.