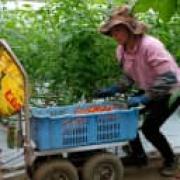 Nearly a thousand storage tanks are scattered across the Fukushima No. 1 nuclear power plant, holding a staggering 1.1 million tons of treated water used to keep its melted reactor cores cool while they rust in the sun. Plant manager Tokyo Electric Power Company Holdings Inc., or Tepco, plans to build more of the gigantic tanks to hold another 0.27 million tons, which is roughly the equivalent of 108 Olympic-size swimming pools. The new tanks are expected reach full capacity in four or five years. Each tank takes seven to 10 days to fill and holds between 1,000 to 1,200 tons of liquid, Tepco officials told reporters during a tour in February organized by the Japan National Press Club. It's been eight years since Fukushima No. 1 suffered three core meltdowns triggered by tsunami following the Great East Japan Earthquake, but the situation with the tanks may be a sign Tepco has yet to get the facility under control.

Extremely high radiation levels were detected using cameras and robots in tainted water inside a reactor containment vessel at the Fukushima No. 1 nuclear power plant, Japan Times reported Tuesday, citing Tokyo Electric Power Company Holdings Inc. (Tepco). The latest readings, taken six years after the Fukushima nuclear meltdown, showed 11 sieverts per hour, according to Japan Times. It is the highest radiation level detected in water inside the containment vessel and is extremely dangerous. Sievert is a unit measurement for a dose of radiation. One sievert is enough to cause illness if absorbed all at once, and 8 sieverts will result in death despite treatment, according to PBS who relied on data from multiple sources including United States Nuclear Regulatory Commission and MIT's Nuclear Science and Engineering department.

More than six years after the core meltdowns triggered by March 2011 mega-quake and tsunami, Tokyo Electric said Saturday that the robot probing reactor 3 at the defunct Fukushima No. 1 power plant had likely spotted fuel debris for the first time at the bottom of its primary containment vessel. Some of the debris looks like rocks and sand, and was accompanied by scaffolding and other objects from the reactor that had formed a pile about a meter high. On Friday, Tokyo Electric Power Company Holdings Inc. announced that the same robot had found what appeared to be melted fuel at the bottom of the pressure vessel, which holds the core. On Saturday, images released by the utility showed black, lava-like objects discovered by the so-called mini sunfish robot. "It's natural to assume that the debris melted and dropped," said a Tepco official who briefed reporters. 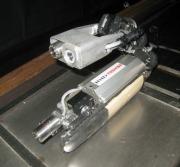 Six years after the triple meltdown at the Fukushima No. 1 nuclear power plant, recent investigations underneath the damaged reactor 2 using cameras and robots came close to identifying melted fuel rods for the first time. Experts say getting a peek inside the containment vessel of reactor 2 was an accomplishment. But it also highlighted how tough it will be to further pinpoint the exact location of the melted fuel, let alone remove it some time in the future. The biggest hurdle is the extremely lethal levels of radiation inside the containment vessel that not only prevent humans from getting near but have also crippled robots and other mechanical devices. Safely removing the melted fuel would be a best-case scenario but the risks and costs should be weighed against the option of leaving the melted fuel in the crippled reactors, some experts said.