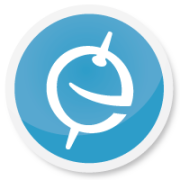 Complete social Missions to discover new content and Influencers that are relevant to you, while your Kred Score grows in real time. Buy and sell on the Social Stock Market, investing your wealth in a booming economy of Influencers. Use your earnings to create Missions which promote content that matters to you. Putting in the time to build a network is challenging, but Empire.Kred has been the encouragement I've needed to persevere - Gord Holden Empire.Kred is all about connecting Influencers with relevant content and rewarding them for it. Complete Social Missions to discover relevant content based on your interests.

The Prom: An Example of Socially-Oriented Gameplay

The Prom is a game where the player manages the social life of a group of high school students and creates the situations from which dramatic, thought provoking or at least funny stories can unfold. The setting of The Prom involves a group of alternative high school kids (e.g. Emos, Goths, Geeks, etc.) and their dramatic lives as they prepare for the upcoming school prom. Through creating friendships, making people become enemies, controlling who gets to be in the "in" crowd and much more, the player can shape the social world of the characters. Each character has a distinct personality represented by interests (e.g. what bands they like), needs (e.g. a character may need to demonstrate a certain degree of dominance over others), traits (e.g. being a particularly jealous person), social networks (e.g. to what degree a characters like, are attracted to or respect one another) and social status (e.g. who is dating who).The social artificial intelligence system Comme il Faut ( CiF ) drives this gameplay experience by simulating per character needs and traits, social statuses, social networks, social history and most importantly to gameplay, the outcomes and effects of social games. CiF is a playable computational model of social interactions designed specifically to allow autonomous characters to play social games. By giving player controls to navigate a social, rather than physical, space, The Prom is being created to demonstrate how CiF and social games can create a practically limitless numbers of possibly compelling stories and gameplay.

With the rapid development of signed social networks in which therelationships between two nodes can be either positive (indicatingrelations such as like) or negative (indicating relations such asdislike), producing a personalized ranking list with positive linkson the top and negative links at the bottom is becoming anincreasingly important task. To accomplish it, we propose ageneralized AUC (GAUC) to quantify the ranking performance ofpotential links (including positive, negative, and unknown statuslinks) in partially observed signed social networks.

Community discovery in social networks has received a significant amount of attention in the social me- dia research community. The techniques developed by the community have become quite adept at identifying the large communities in a network, but often neglect smaller communities. Evaluation techniques also show this bias, as the resolution limit problem in modular- ity indicates. Small communities, however, account for a higher proportion of a social network's community membership and reveal important information about the members of these communities. In this work, we intro- duce a re-weighting method to improve both the over- all performance of community detection algorithms and performance on small community detection.

"Do not, my friends, be led by the deceiver. It is only by pursuing the entire truth, and acting wisely, that humanity can ever survive. So draw the line and sp...eak. Speak out and up, speak the truth and do so compassionately, speak for your children, for those you care about, for the rights of all, and be sure to say clearly: stop!"