Last week, prosecutors in the U.S. District Court for the Southern District of New York alleged in court filings that Donald Trump directed his former personal attorney, Michael Cohen, to make hush money payments that violated campaign finance laws. The prosecutors recommended serious prison time for Cohen, and commentators remarked widely that Trump could be facing his own indictment if he were not president, because the Department of Justice has a policy of not indicting a sitting president. But this news highlights a major problem with this policy: statutes of limitations. The intractability of that problem is a compelling argument for why prosecutors must be able to indict a sitting president. Otherwise, a president could escape prosecution for many felonies by running out the clock.

How a case against Israel officials helped Saudi Arabia

A US lawyer with ties to Saudi Arabia filed a "false alarm" lawsuit against senior Israeli and Trump administration officials, which helped the country's lobbying efforts against legislation that allows US citizens to sue Riyadh over the September 11 attacks. Al Jazeera has discovered that Martin McMahon, who filed the complaint in February at a district court, has connections to Saudi Arabia dating back to at least 2003. The lawsuit alleges the Israeli Prime Minister Benjamin Netanyahu, former foreign minister Tzipi Livni, the Trump administration's ambassador to Israel, David Friedman, and the Kushner Family Foundation, the charity of Trump's son-in-law and senior advisor Jared Kushner all committed or financed war crimes in violation of the Justice Against Sponsors of Terrorism Act (JASTA). JASTA is an amendment to the Foreign Sovereign Immunities Act (FSIA) that limited foreign states' immunity to lawsuits brought by US citizens in relation to support for "acts of terrorism". It became law in September 2016 after a veto from then-president Obama was overridden by US Congress. 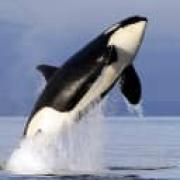 DUBAI, UNITED ARAB EMIRATES - Saudi Arabian prosecutors is seeking the death penalty for five of the 11 suspects detained over the murder of journalist Jamal Khashoggi, the state news agency SPA said on Thursday, as a Saudi court held a first hearing on the case. Saudi Arabia said it also sent new letters to the Turkish public prosecutor asking for "any evidence connected to this case," which has rattled the Saudi royal court and damaged the reputation of 33-year-old Crown Prince Mohammed bin Salman. Khashoggi was close to the royal circles before becoming a critic of Prince Mohammed, writing for the Washington Post and speaking to international media about Saudi politics when he moved to the United States last year. Saudi officials have rejected accusations that the crown prince ordered his murder in the Saudi Consulate in Istanbul, in which Khashoggi's body was dismembered, removed from the building and handed over to an unidentified "local cooperator. The whereabouts of Khashoggi's remains is still unknown. A Turkish television channel on Monday showed men carrying suitcases purportedly containing the remains into the residence of the Saudi consul general in Istanbul. "The initial hearing for the 11 individuals indicted by the Public Prosecution in the case of the murder of citizen Jamal Khashoggi was held today … in the Criminal Court of Riyadh," a statement from the Saudi prosecutor carried by SPA said. The prosecutor's office said it was seeking the death penalty for five individuals among the 11 indicted. Ten other suspects were still under investigation. Without naming them, the prosecutor said last November the five individuals facing by the death penalty were "charged with ordering and committing the crime.

Turkish Foreign Minister Mevlut Cavusoglu said on Thursday it is time for an international investigation to be launched into the killing of Saudi journalist Jamal Khashoggi, adding that a United Nations special rapporteur on the case will visit Ankara soon. In an interview with a Turkish broadcaster, Cavusoglu said President Recep Tayyip Erdogan ordered preparations to be made to carry the case to an international level. Meanwhile, speaking at the World Economic Forum in Davos on Thursday, Saudi Finance Minister Mohammed Al-Jadaan said Riyadh will make sure justice will prevail in the Khashoggi trial in his country, adding that he was sad about what happened to the journalist. Khashoggi, a critic of Crown Prince Mohammed bin Salman (MBS) who wrote for The Washington Post, was killed by a Saudi hit squad on October 2 shortly after he entered his country's consulate in Istanbul. He was dismembered inside the building in what Turkey called a "premeditated murder" orchestrated with orders from the highest levels of the Saudi government.

Royal court adviser fired over Khashoggi killing 'not on trial'

A Saudi royal adviser fired over the killing of journalist Jamal Khashoggi is not among the 11 suspects on trial at secretive hearings in Riyadh despite Saudi pledges to bring those responsible to justice, sources familiar with the matter have told Reuters news agency. The Saudi public prosecutor indicted 11 unnamed suspects in November, including five who could face the death penalty on charges of "ordering and committing the crime". The CIA and some Western countries believe Crown Prince Mohammed bin Salman ordered the killing at the Saudi consulate in the Turkish city of Istanbul last October - a claim denied by Saudi officials. Saud al-Qahtani, a top aide to Prince Mohammed until he was sacked then sanctioned by the US Treasury over his suspected role, is not on trial and has not appeared at any of the four court sessions convened since January, according to seven sources who are familiar with the proceedings but have not attended the trial. Two regional intelligence sources told Reuters that weeks after the killing that Qahtani oversaw Khashoggi's murder and dismemberment by giving orders via Skype to a team of security and intelligence operatives.