DUBAI, United Arab Emirates – Fighting around the Yemen port city of Hodeida has resumed as a Saudi-led coalition tries to retake it from Shiite rebels known as Houthis. Witnesses described heavy fighting to the city's south on Thursday morning, near its airport. The Saudi-led coalition backing Yemen's exiled government began the assault on the port city of Hodeida (hoh-DY'-duh) on Wednesday. Hodeida is the main entry for food into a country already on the brink of famine. That has raised warnings from aid agencies that Yemen's humanitarian disaster could deepen. 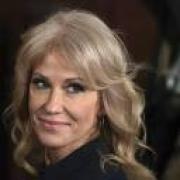 SANAA – Nearly 5,000 families have been displaced in Yemen's flash-point Hodeida province this month, the U.N. said Sunday, as violence escalates in the rebel-held Red Sea region. After nearly a month of sporadic clashes, the Yemeni government -- backed by Saudi Arabia and its allies -- on Wednesday launched a major assault to retake the densely populated city of Hodeida, capital of the province and home to the war-torn country's most vital port. The U.N. Office for the Coordination of Humanitarian Affairs said 4,458 households had been displaced from their homes in Hodeida since June 1, with 36 families losing their livelihood as their farms were damaged in the conflict. The fight for Hodeida has sparked fears of a fresh humanitarian crisis in a country where more than 22 million people are in need of aid, including 8.4 million who are at risk of starvation. The Yemen war has claimed some 10,000 lives since a regional coalition, led by Saudi Arabia, joined the government's fight against the Iran-backed Houthi rebels.

The U.N. spokesman says tens of thousands of residents have fled the fighting along Yemen's western coastline where the Saudi-led coalition backing Yemeni fighters are engaged in fierce battles with Iranian-backed Houthis rebels.

SANAA, Yemen – Yemeni officials say a U.N.-chartered aid vessel has docked and its cargo was being unloaded in the key port of Hodeida, following a three-week blockade by a Saudi-led coalition fighting Shiite rebels in Yemen. 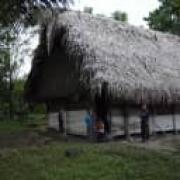 SANAA - Yemeni officials say fighting between Shiite rebels and forces loyal to Yemen's internationally recognized government near the strategic Red Sea port of Hodeida has killed at least 12 people and wounded 25 from both sides. They said the fighting south and east of Hodeida began Saturday night and continued until Sunday afternoon. The hostilities follow Thursday's agreement at U.N.-sponsored talks in Sweden on a cease-fire in Hodeida, through which about 70 percent of food aid and other imports come. The cease-fire is expected to go into force Tuesday, according to the officials, who spoke on condition of anonymity because they were not authorized to brief the media. Yemen's civil, raging since 2014, has left 22 of its 29 million people in need of aid, according to the U.N.