Adobe's latest software bundle focuses on mobile creativity, offering iPad versions of Photoshop, Illustrator and Fresco for $15 a month, or $150 a year. The Design Mobile Bundle also includes Adobe Spark and access to the company's Creative Cloud, which unlocks 100GB of cloud storage, Adobe fonts and other branded goodies. Oh, and the Fresco app, which is all about drawing and painting, is available on iPhone as well as iPad. At $15 a month, the bundle is about half the price of comparable plans. It already offers software packages focused on photography, educational courses and other creative fields.

Ideas are the hard part of any creative process. The easier bit is turning that idea into a reality, especially if you have the technology to back you up. Don't think for a moment that we're saying it's a piece of cake. We're just saying that there are tools out there that can take your ideas and help you to run with them. Take Adobe's Creative Cloud for example.

Black Friday deal alert: Save 25% on Adobe Creative Cloud for a year

Those who have been tempted to subscribe to Adobe's Creative Cloud but have been put off by the steep monthly price tag may want to check out a new sales promotion. To kick off Black Friday, Adobe is now offering its Creative Cloud All Apps suite for $39.99 a month, a 25% discount off the regular $52.99. On an annual basis, the promotion lowers the price to $479.88, from $599.88. The "Creative Cloud All Apps" package bundles more than 20 different desktop applications, including Photoshop, Illustrator, InDesign, Premiere Pro, Dreamweaver, and Acrobat Pro, and also grants you access to Adobe's mobile apps, 100GB of cloud storage, a font library, and Adobe Portfolio to showcase your work. ZDNet: Black Friday 2018 deals: Business Bargain Hunter's top picks Cyber Monday 2018 deals: Business Bargain Hunter's top picks The sale extends to the educational edition of Creative Cloud All Apps, trimming the monthly subscription cost for teachers and students to $15.99 from the regular $19.99 and the annual price to $191.88, from $239.88. 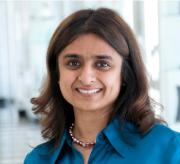 Hot on the heels of Adobe's Q1 2016 earnings figures, which included record overall revenue of 1.38 billion and record Creative Cloud revenue of 733 million, EMEA journalists were recently briefed on the company's plans for Creative Cloud in 2016 and beyond by the VP/GM in charge, Mala Sharma. Since adopting the subscription model in 2012, Adobe has developed Creative Cloud by integrating services such as cloud storage, file sync, fonts (TypeKit) and photos (Stock), extending the capabilities of its traditional desktop applications into companion mobile apps, and, in 2015, introducing asset-based workflows powered by CreativeSync. Information on non-destructive edits, renditions for specific apps and devices, and linkages is held in metadata and orchestrated by CreativeSync, enabling multi-device workflows for individuals and more efficient sharing and collaboration for teams. "In 2016, as we think about the next step for Creative Cloud, it's really about bringing CreativeSync and asset workflows to the next level," said Sharma. Enterprises are looming ever larger in Adobe's sights -- and Sharma drew particular attention to their need to deliver "data-driven customer experiences" that are compelling, personal, useful and available everywhere.