Driverless shuttle debuts with a crash in Vegas

A driverless shuttle made its debut in Las Vegas Wednesday with a bump. Police say a semi-truck had a minor collision with the shuttle, less than two hours after the shuttle began carrying passengers.

University of Cincinnati students and visitors would be among the first to experience the driverless shuttle program, but officials say it is still too early to provide details. The Cincinnati Enquirer reports the effort is the brainchild of Smart Cincy, a public-private partnership pushing for a "connected vehicle infrastructure."

Washington D.C. residents can ride in this adorable driverless shuttle starting this summer

Get ready, Washington D.C. residents: A driverless shuttle is hitting the streets. Named Olli, the electric and autonomous shuttle was made by Local Motors -- the creator of the first driveable, 3D-printed car. The shuttle uses IBM's Watson supercomputer so passengers can… 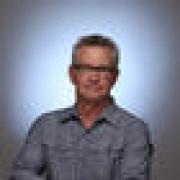 Walt Disney World in Florida appears poised to launch the highest-profile commercial deployment of driverless passenger vehicles to date, testing a fleet of driverless shuttles that could cart passengers through parking lots and around its theme parks. According to sources with direct knowledge of Disney's plans, the company is in late-stage negotiation with at least two manufacturers of autonomous shuttles – Local Motors, based in Phoenix, and Navya, based in Paris. It's unclear whether contracts would go to both or just one of the companies. The sources, who asked not be identified to avoid offending Disney, said the company plans a pilot program later this year to transport employees in the electric-drive robot vehicles. If that goes well, they said, the shuttles would begin transporting park visitors sometime next year.

Driverless shuttles arrive at University of Michigan this fall