Tensorflow is a powerful open-source software library for machine learning developed by researchers at Google Brain. It has many pre-built functions to ease the task of building different neural networks. Tensorflow allows distribution of computation across different computers, as well as multiple CPUs and GPUs within a single machine. TensorFlow provides a Python API, as well as a less documented C API. For this course, we will be using Python.

Obtaining detailed and reliable data about local economic livelihoods in developing countries is expensive, and data are consequently scarce. Previous work has shown that it is possible to measure local-level economic livelihoods using high-resolution satellite imagery. However, such imagery is relatively expensive to acquire, often not updated frequently, and is mainly available for recent years. We train CNN models on free and publicly available multispectral daytime satellite images of the African continent from the Landsat 7 satellite, which has collected imagery with global coverage for almost two decades. We show that despite these images' lower resolution, we can achieve accuracies that exceed previous benchmarks.

Over 150 of the Best Machine Learning, NLP, and Python Tutorials I've Found

Which machine learning algorithm should I use?

Over 150 of the Best Machine Learning, NLP, and Python Tutorials I've Found

Which machine learning algorithm should I use? 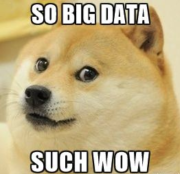 Artificial intelligence can do just about anything these days, like produce 3D renderings of an object from snapshots, defeat facial recognition systems, or track wildlife in the Serengeti. In a white paper titled "Dank Learning" (yes, really), Abel L. Peirson and E. Meltem Tolunay, the two lead scientists on the project, describe a neural network that ingests, gains an understanding of, and spits out internet in-jokes. The AI consists of a convolutional neural network (CNN) that takes images as inputs and translates them into mathematical representations called vector embeddings (an encoder), and a long short-term memory (LSTM) recurrent neural network (RNN) that creates captions (a decoder). Here's a tricky question: Can you tell which of the following memes were created by the neural net? The Stanford researchers fed the system more than 400,000 images with 2,600 unique image label-pairs from memegenerator.com -- specifically "advice animal"-style memes, pictures with humorously captioned specific characters (for example, a cat in a bathrobe) -- using a Python script.