Baidu will deploy its self-driving buses in Japan

Baidu has started mass-producing its Level 4 autonomous mini-buses with the intention of deploying them not just in China, but also in other countries. The Chinese tech giant has teamed up with Softbank subsidiary SB Drive to launch a self-driving mini-bus service in Japan next year. They're bringing 10 "Apolong" buses to Tokyo and other Japanese cities in early 2019 after the vehicles make their debut in select Chinese cities, including Beijing, Shenzhen, Pingtan and Wuhan. The 14-seater buses will initially pick up passengers in tourist areas, parks, industrial campuses, airports and other geo-fenced locations. Baidu has also announced during its annual AI developer conference that it has already manufactured 100 Apolong vehicles with help from Chinese bus manufacturer King Long.

BEIJING – China on Thursday launched its first unmanned cargo spacecraft on a mission to dock with the country's space station, marking further progress in the ambitious Chinese space program. The Tianzhou 1 blasted off at 7:41 p.m. atop a latest-generation Long March 7 rocket from China's newest spacecraft launch site, Wenchang, in the southern island province of Hainan. Minutes later, as the spacecraft cleared the atmosphere, the mission was declared a success by administrators at ground control on the outskirts of Beijing. It is programmed to conduct scientific experiments after reaching the now-crewless Tiangong 2, China's second space station. A pair of Chinese astronauts spent 30 days on board the station last year.

Google's parent company Alphabet is continuing its push for a presence in China with a new Waymo subsidiary, based in Shanghai. Waymo – one of the world's leading autonomous car designers -- has confirmed it has set up a legal entity in the country and has people working there, but hasn't commented on its future plans. The move marks the latest attempt by Alphabet to move into China, where many of its Google services are blocked. But the autonomous vehicle industry is rapidly developing in the country, so it makes sense for Alphabet to get in as early as it can. The cities of Beijing and Guangzhou have recently started approving companies for autonomous vehicle testing on public roads, for example. 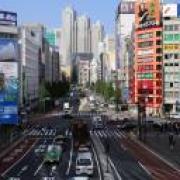 HONG KONG – The technology boom powering Asia's economies is about to get a reboot. Explosive growth in new-era gadgets such as wearable devices and internet-linked home appliances is tipped to offset cooling sales of smartphones, which have already dinged Asia's tech manufacturers. "Where demand may be softening in some areas it will be strengthening in others," Koshy Mathai, a senior official in the International Monetary Fund's Asia Pacific Department, said in an interview. He pointed to upcoming demand from "a vast middle class in China, India and other frontier markets."

The first 100 of Baidu's "Level 4" self driving buses have rolled off the production lines, said Robin Li, chief executive of China's largest search engine operator on Wednesday. The self-driving buses, which can seat up to 14 people, were co-developed by Baidu, which is transforming itself into an artificial intelligence (AI) company, and bus maker King Long United Automotive Industry Co. Level 4 operations means that the vehicles can take over all driving in certain conditions. With no steering wheel and high automation, the buses will be put into use in cities including Beijing, Xiongan, Shenzhen and Tokyo, Li said at the Baidu AI Developer forum being held in Beijing. "They will help with shuttle services around nuclear power stations and senior communities in Japan," for example, said Li. Baidu will partner with SB Drive, a subsidiary of SoftBank Group, to export the self-driving buses to Japan. Autonomous vehicles are a key part of the Nasdaq-listed Chinese company's future as it seeks to reshape itself into a major player in artificial intelligence, in line with China's national strategy to develop excellence in the field.