Last year,Google Research introduced a new technology named RAISR (Rapid and Accurate Image Super-Resolution) to try and harness the power of machine learning to produce high-quality versions of low-resolution images. It is now being utilized by Google images on Android devices. The aim of this technology is to save your valuable data and fetch HD images with low file size and high resolution. For those unfamiliar, RAISR is a new method for image processing that takes a low-res upload of a photo and uses machine learning technology to fill in the gaps between the pixels, so that the end-user gets the full resolution of the photo while using a fraction of the bandwidth and download time. "RAISR produces results that are comparable to or better than the currently available super-resolution methods, and does so roughly 10 to 100 times faster, allowing it to be run on a typical mobile device in real-time."

Twitter Inc. TWTR, 3.21% said Monday that it bought U.K.-based Magic Pony Technology, which develops machine learning and visual processing technology, for an undisclosed amount. The deal follows Twitter's previous acquisitions into the machine-learning space, starting with Madbits in July 2014 and Whetlab in June 2015. "Machine learning is increasingly at the core of everything we build at Twitter," said Twitter Chief Executive Jack Dorsey. Twitter's stock, which rose 1.6% in morning trade Monday, has tumbled 30% year to date, while the S&P 500 has gained 2.6%.

We're now living in a world where high-resolution displays are everywhere. From large TVs to smartphones, the demand for high-quality images has also increased. That's why Google Research introduced a new technology named RAISR (Rapid and Accurate Image Super-Resolution) last year, in an attempt to harness the power of machine learning to produce high-quality versions of low-resolution images. "RAISR produces results that are comparable to or better than the currently available super-resolution methods, and does so roughly 10 to 100 times faster, allowing it to be run on a typical mobile device in real-time." The company explained that RAISR uses machine learning to train the algorithm on a pair of images, one low quality, the other high quality.

These are external obstacles whereby the educator places blame for resisting change or engaging in a growth mindset outside of one's own responsibility. The result is a fixed mindset of learned helplessness, "I cannot change because the system won't let me change." Sometimes educators are creating some obstacles for themselves that in reality don't exist. 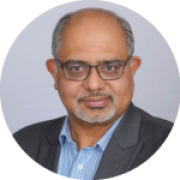 SpringML is thrilled to be a Velocity Sponsor and participate in one of the premier technology events of the year, showcasing the newest advancements in Machine Learning and Artificial Intelligence. Take a quick scroll to see what we're showcasing at Google Next below. Take a little time after the first day of the conference to unwind with SpringML! Please RSVP using the link below to indicate your interest in joining us. Contact us to set up a one-on-one conference with members of SpringML to see how we can apply the newest Machine Learning technologies to your business' use cases.