Attack on shrines in Pakistan since 2005

Armed groups such as the Pakistani Taliban and others have often targeted shrines for not conforming to their strict, literalistic interpretation of Islam. On February 16, 2017, at least 88 people were killed when a suicide attacker targeted a famous Sufi shrine in Sehwan. That attack at the shrine of Lal Shahbaz Qalandar, claimed by the Islamic State of Iraq and the Levant (ISIL) also injured at least 250 people. In November ISIL also known as ISIS, claimed responsibility for a suicide attack on a shrine in a Balochistan town, killing at least 52 people. "An attack on one of us, is an attack on all," Nawaz Sharif, Pakistan's prime minister, said following the blast in Sehwan. 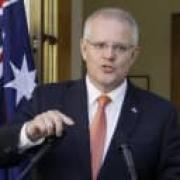 LAHORE, PAKISTAN - A Pakistani anti-graft tribunal has indicted the country's opposition leader Shahbaz Sharif over his alleged links to a multimillion-dollar housing scam in the eastern city of Lahore. Sharif was arrested in October on charges of abusing power as chief minister of Punjab from 2013 to 2018 by awarding contacts for the housing scheme to those connected to his Pakistan Muslim League party. The court on Monday also indicted 10 other people on corruption charges in connection with a housing program for low-income citizens. Sharif and the other co-accused denied the charges. Sharif leads the opposition in the lower house of parliament.

An explosion at a shrine in southern Pakistan has wounded more than a dozen people in the latest in a string of blasts this week, according to local media reports. The blast on Thursday went off near the Sufi shrine of Lal Shahbaz Qalandar in the town of Sehwan in Sindh province, Pakistan's Samaa television and Geo TV reported. The exact number of casualties was not immediately clear. Samaa initially reported more than 50 people had been injured while Geo TV put the number at 20. The explosion occurred as a Sufi ritual was being performed.

ISLAMABAD – Pakistan's ousted Prime Minister Nawaz Sharif named his brother Shahbaz, the chief minister of Punjab province, as his successor and nominated ex-oil minister Shahid Khaqan Abbasi as an interim premier in a defiant speech Saturday. The announcement charts a way forward for Pakistan after the Supreme Court deposed Sharif Friday following an investigation into corruption allegations against him and his family. The ruling brought to an unceremonious end his historic third term in power and briefly plunged the country into political uncertainty. "I support Shahbaz Sharif after me but he will take time to contest elections so for the time being I nominate Shahid Khaqan Abbasi," Sharif said in a televised speech to his party. The younger Sharif -- who has so far been unscathed by the corruption allegations engulfing his brother's family -- holds only a provincial seat, so must be elected to the national assembly before becoming the new prime minister.

Usman Buzdar won a majority of 186 votes out of 371 in the Punjab provincial assembly in Lahore, defeating Hamza Shahbaz Sharif, who secured 159. Sharif is the son of the previous chief minister, Shahbaz Sharif, and the nephew of former Prime Minister Nawaz Sharif, who has been jailed on corruption allegations.