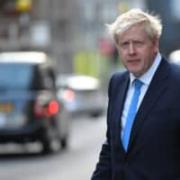 TORONTO - Two young men thought missing are now suspects in the murders of an American woman and her Australian boyfriend as well as the death of another man in northern British Columbia, Canadian police said Tuesday. The Royal Mounted Police had said Monday they were searching for 19-year-old Kam McLeod and 18-year-old Bryer Schmegelsky, whose burning car had been discovered south of Dease Lake. During that investigation, they found the body of an unidentified man roughly a mile (about 2 km) from the car. It's about 300 miles (500 km) along remote highways from the spot where 24-year-old American Chynna Deese and 23-year-old Australian Lucas Fowler were found shot dead over a week ago. Janelle Shoihet said Tuesday that McLeod and Schmegelsky left British Columbia and have been traveling in northern Saskatchewan in a gray 2011 Toyota Rav 4. "The RCMP are now considering Kam McLeod and Bryer Schmegelsky suspects in the Dease Lake suspicious death and the double homicide of Lucas Fowler and Chynna Deese," Shoihet said Shoihet said they are considered dangerous and urged the public not to approach them and to call 911. 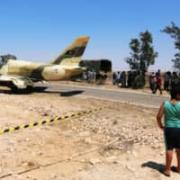 VANCOUVER, BRITISH COLUMBIA - The separate discoveries of three bodies and a burning car with missing occupants are shaking rural northern British Columbia. Canadian police said late Sunday they were searching for two men whose burning car was discovered on Friday about 30 miles (50 km) south of Dease Lake. During that investigation, they found an unidentified body a little over a mile (about 2 m) from the car. It's about 300 miles (500 km) along remote highways from the spot where an Australian and his American girlfriend were found murdered a week ago. Police acknowledged in a news release that "there are growing community concerns about the ongoing homicide investigations in northern B.C." I know people want to put a link between all of these crimes, but at this point we don't have anything to link them," Royal Canadian Mounted Police Cpl. "But is its very unusual for that area, especially in such a remote area." Police said the burned vehicle belonged to 19-year-old Kam McLeod and ...

Canadian authorities said they commited more resources to search for two teens wanted for three murders. Officers were swarming a community in the Canadian province of Manitoba on Sunday after a possible sighting of the two teens suspected of at least three murders – including the killings of an American woman and her Australian boyfriend, police said. Authorities told residents in the area to stay inside an make sure their doors are locked at home. Chief Leroy Constant with York Factory First Nation said Royal Canadian Mounted Police (RCMP) would be conducting a search for Kam McLeod and Bryer Schmegelsky "in our community of York Landing" after a "possible sighting" around a landfill on Sunday night. Police said Sunday the search for Kam McLeod and Bryer Schmegelsky continues. 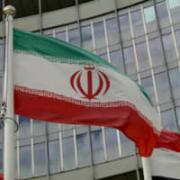 MONTREAL - The Royal Canadian Air Force has joined the hunt for two fugitive teens suspected of triple murder, officials said Saturday, backing up a vast search operation unfolding in Manitoba's remote northeast. The suspects, identified as Kam McLeod, 19, and Bryer Schmegelsky, 18, have been on the run for more than a week. Authorities say they believe the two are behind the killings of 23-year-old Australian Lucas Fowler and his 24-year-old American girlfriend, Chynna Deese, as well as of Leonard Dyck, a 64-year-old Canadian. Fowler, the son of a chief inspector with the New South Wales Police Department, was living in British Columbia and Deese was visiting him. Since Tuesday, the village of Gillam, near Hudson Bay, has been at the epicenter of an intense manhunt involving tracker dogs, a drone and armored vehicles. 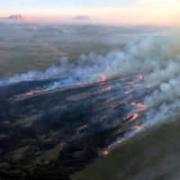 MONTRAEL, QUEBEC - Canadian police said Wednesday they have sent reinforcements to an isolated northern town where a torched car was linked to the suspects in three murders. Canadians Kam McLeod, 19, and Bryer Schmegelsky, 18, are sought in the murders of Australian Lucas Fowler and his American girlfriend, Chynna Deese, along with the death of a third man, who has not been identified. All the victims were discovered in northern British Columbia earlier this month, but the suspects have now been tracked three provinces and hundreds of miles away to the northern Manitoba town of Gillam, police said. "On Monday evening, RCMP recovered a vehicle in the Gillam area after receiving a report of a vehicle fire. We can now confirm this vehicle is the same vehicle the suspects were traveling in," Manitoba Royal Canadian Mounted Police said Wednesday on Twitter.