Hoax callers are a special kind of jerk. At best they can cause their targets emotional distress. At worst they can cause or incite property destruction and even divert scarce resources from real emergencies where they are needed to save lives. Technology can sometimes be applied to catch the criminal. Doing so casts technology specialists in the detective role by letting them trace calls to find their origins.

Forget Face ID. The Future of Secure Authentication Is Your Voice

What does your voice really say about you? More than the human brain can even conceive, it turns out. Your voice offers hints about your mood, social status, upbringing, age, ethnicity, weight, height, and facial features--plus information about the environment around you.

Buildings have been swept away by the wind and submerged by flooding, says Major Clarence Ingram, divisional commander of the Bahamas division for the Salvation Army. After battering the Bahamas for more than a day and a half, Hurricane Dorian finally began to move away from the islands on Tuesday as the scope of the devastation began to emerge. The National Hurricane Center said that as of 2 p.m. EDT the storm continued to produce maximum sustained winds of 110 mph and a "life-threatening" storm surge of 10 to 15 feet above normal tide levels. The storm was located about 65 miles north of Freeport on Grand Bahama Island and about 105 miles east of Fort Pierce, Fla., inching forward at 5 mph northwest. Dorian's punishing winds and torrential rain have battered the islands of Abaco and Grand Bahama, which have a combined population of about 70,000 and are known for their marinas, golf courses and all-inclusive resorts.

Emergency calls released by police in Las Vegas from the deadliest mass shootings in modern U.S. history show confusion by callers about what is happening. In one call, a man at the Route 91 Harvest Festival concert reported active gunfire. The man, who spoke in a calm voice, said he didn't know where the shooting was coming from and whether there might be a "gunfight outside or not." The dispatcher asked if he was in a safe location. He said he did not know how safe he was and said people were starting to leave. 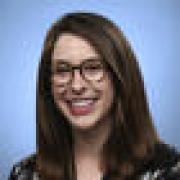 As tropical storm Harvey continued to drench Texas on Sunday, hundreds of Houston residents trapped in rising waters inside their homes encountered long waits and dropped calls on the region's 911 lines. After officials reported that 911 lines were "at capacity," some residents turned to Twitter and Facebook, breaking with typical Internet privacy standards to share their home addresses in hopes of a quicker rescue. One woman in Houston begged someone to help her aging parents, trapped in waist-high water in their home in the Meyerland neighborhood. A man said he had evacuated to his attic, and waters were rising. Other users reported families with children in danger of drowning.