Over 80,000 Yemeni children may have died from hunger, aid group says 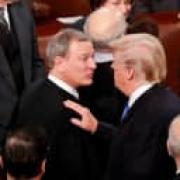 DUBAI, UNITED ARAB EMIRATES/ADEN – An estimated 85,000 children under five may have died from extreme hunger in Yemen since a Saudi-led coalition intervened in the civil war in 2015, an aid agency said on Wednesday, as the U.N. special envoy arrived in Yemen to pursue peace talks. Western countries are pressing for a cease-fire and renewed peace efforts to end the disastrous conflict, which has unleashed the world's most urgent humanitarian crisis with 8.4 million people believed to be on the verge of starvation. Save the Children said that a conservative estimate based on U.N. data showed 84,700 children suffering from severe acute malnutrition may have died between April 2015 and October 2018, when a Western-backed Arab alliance has been battling the Iran-aligned Houthi movement that holds the capital Sanaa. "We are horrified that some 85,000 children in Yemen may have died because of the consequences of extreme hunger since the war began. For every child killed by bombs and bullets, dozens are dying from hunger and disease and it's entirely preventable," it said in a statement. 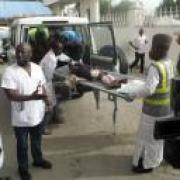 ADEN – Arab coalition troops stormed the airport in Yemen's main port Hodeida on Tuesday and captured large areas of the compound in battles with Iran-aligned Houthis, a Yemeni military source, the UAE news agency and local residents said. Residents of the strategic Red Sea city said battles were also raging on the coastal road leading to the densely populated city center from the airport, with Apache helicopter gunships of the Western-backed coalition providing close air support. Wresting the airport from the Houthis would be a significant step to a takeover of Hodeidah by coalition-backed forces. Saudi Arabia and the United Arab Emirates have pledged a swift assault to avoid disrupting aid deliveries to Yemen through the port. "We can hear the sounds of artillery, mortars and sporadic machinegun fire. 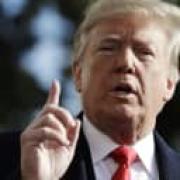 SANAA – The U.N.'s Yemen envoy visited rebel-held Sanaa on Monday as wounded insurgents were flown out of the capital for medical treatment, a key step towards bringing warring parties to the negotiating table in Sweden. A U.N. source said efforts were being made to reopen Sanaa International Airport, closed for the past three years because of the war between the Iran-aligned Houthis and the Yemeni government backed by a Saudi-led coalition. A U.N.-chartered flight left Sanaa with 50 wounded rebels on board and landed in Muscat, Oman's official ONA news agency reported. The transfer was "in support of the efforts of the U.N. to prepare the ground for the negotiations planned in Sweden," ONA said on Twitter. A U.N. source said the wounded had been evacuated in a "confidence-building measure" aimed at pushing ahead with negotiations between the Houthis and the Saudi-led coalition this month. 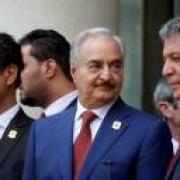 SANAA – Heavy fighting in Yemen between pro-government forces and Shiite rebels has killed more than 600 people on both sides in recent days, security officials said Monday. Government forces, backed by a Saudi-led coalition, have been advancing along the western coast in recent weeks as they battle the Iran-allied rebels, known as Houthis. The fighting has escalated as government forces close in on the Red Sea port of Hodeida, a vital lifeline through which most of Yemen's food and medicine enters. The officials spoke on condition of anonymity because they were not authorized to brief the media. Witnesses, who spoke on condition of anonymity for fear of reprisals, said the fighting has forced dozens of families to leave their homes.

A UN pledging conference for Yemen has raised about $2.6bn of the $4bn needed to address the humanitarian crisis in the country, where about 80,000 children below the age of five have already died of hunger, UN officials said on Tuesday. Saudi Arabia and the United Arab Emirates (UAE) were the main donors, pledging $500m each and contributing to a 30-percent increase of total pledges from last year. But the two Gulf countries, backed by the United States and the United Kingdom, are also active participants in the ongoing conflict, which has caused what the UN describes as the "world's worst humanitarian crisis". Since 2015, a Saudi-led coalition has been carrying out air strikes against the Houthi rebels in Yemen to restore the government of President Abd-Rabbu Mansour Hadi. The Houthis have seized control of the capital Sanaa, the Hodeidah port and most of the northeastern part of the country.