The diets cutting one in five lives short every year

The food we eat is putting 11 million of us into an early grave each year, an influential study shows. The analysis, in the Lancet, found that our daily diet is a bigger killer than smoking and is now involved in one in five deaths around the world. Salt - whether in bread, soy sauce or processed meals - shortened the highest number of lives. Researchers say this study is not about obesity, but "poor quality" diets damaging hearts and causing cancer. The Global Burden of Disease Study is the most authoritative assessment of how people are dying in every country in the world. 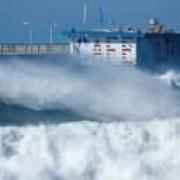 LONDON - People who eat lots of high-fiber and whole grain foods have lower risk of heart disease, stroke, diabetes and other chronic diseases than people whose diets are low in fiber, a study commissioned by the World Health Organization (WHO) says. For every 8-gram increase in fiber eaten a day, total deaths and incidences of heart disease, type 2 diabetes and bowel cancer fell by 5 to 27 percent, the study said. Protection against stroke and breast cancer also rose. A good target for those wanting to reap health gains would be to eat 25 to 29 grams of dietary fiber a day, the analysis found. But the data, published in a series of systematic reviews and meta-analyses in The Lancet medical journal, also suggested higher dietary fiber intakes could give even greater protection.

Dietary fat: From foe to friend?

For decades, dietary advice was based on the premise that high intakes of fat cause obesity, diabetes, heart disease, and possibly cancer. Recently, evidence for the adverse metabolic effects of processed carbohydrate has led to a resurgence in interest in lower-carbohydrate and ketogenic diets with high fat content. However, some argue that the relative quantity of dietary fat and carbohydrate has little relevance to health and that focus should instead be placed on which particular fat or carbohydrate sources are consumed. This review, by nutrition scientists with widely varying perspectives, summarizes existing evidence to identify areas of broad consensus amid ongoing controversy regarding macronutrients and chronic disease. A report by the U.S. Senate Select Committee on Nutrition and Human Needs in 1977 called on Americans to reduce consumption of total and saturated fat, increase carbohydrate intake, and lower calorie intake, among other dietary goals (1). This report, by elected members of Congress with little scientific training, was written against a backdrop of growing public concern about diet-related chronic disease, precipitated in part by attention surrounding President Eisenhower's heart attack in 1955. Even then, the recommendations were hotly debated. The American Medical Association stated that "The evidence for assuming benefits to be derived from the adoption of such universal dietary goals as set forth in the report is not conclusive … [with] potential for harmful effects." Indeed, the lack of scientific consensus was reflected in the voluminous, 869-page "Supplemental Views" published contemporaneously by the committee. Nonetheless, reduction in fat consumption soon became a central principle of dietary guidelines from the U.S. government and virtually all nutrition- and health-related professional organizations. The Surgeon General's Report on Nutrition and Health in 1988 identified reduction of fat consumption as the "primary dietary priority," with sugar consumption only a secondary concern for children at risk for dental caries (3).

Eating too much ultra-processed foods raises the risk of death

Eating highly-processed foods could raise the risk of suffering a heart attack or stroke. People who eat a lot of'ultra-processed' foods, including some ready meals, sugary cereals and fizzy drinks, have been found more likely to suffer from cardiovascular disease. Consuming more than four servings a day could raise the risk of an early death by almost two-thirds. Ultra-processed foods are usually sold'ready to eat' and could not be made in a normal kitchen, as they are packed with industrial substances like preservatives and sweeteners. They make up half of all food bought in the UK.