It makes a certain kind of sense that the game's connoisseurs might have wondered if they'd seen glimpses of the occult in those three so-called ghost moves. Unlike something like tic-tac-toe, which is straightforward enough that the optimal strategy is always clear-cut, Go is so complex that new, unfamiliar strategies can feel astonishing, revolutionary, or even uncanny.

Google's AlphaGo program bested the world's top Go player by the slimmest margin possible in the first of three matches Tuesday, but that doesn't mean humanity is safe. The AI won a match against Ke Jie as part of an exhibition during the Future of Go Summit in Wuzhen, China. While Ke made moves reminiscent of his computerized opponent, he was eventually defeated by half a point. AlphaGo is supposed to maximize its chances of winning, rather than maximize the margin of its victory, according to DeepMind founder Demis Hassabis. "AlphaGo always tries to maximize its probability of winning, rather than try to maximize the size of the winning margin," he said during a post-match press conference. 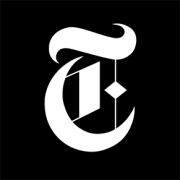 Last year, a Google computer program known as DeepMind's AlphaGo beat one of the world's top players in the game of Go, a two-player board game that originated in China more than 2,000 years earlier. The event made headlines the world over, including in The New York Times, as a sign of the increasing strength of artificial intelligence versus human brainpower. On Tuesday, AlphaGo was at it again. This time, the Google artificial intelligence program took on the top-ranked Chinese Go player, Ke Jie, in Wuzhen, China, as part of a three-game match. AlphaGo was victorious in the first game, writes Paul Mozur, a New York Times technology reporter, causing Mr. Ke to call the program "like a god of Go."

After Google-owned DeepMind's virtual Go champion AlphaGo took on and defeated one of the top-ranked human players in the world, it looks like Google wants to build some bridges, explore the AI-human interaction dynamic – and see if AlphaGo can take on the very best human Go player in the entire world. Google is partnering with the China Go Association and the Chinese Government to host some of China's top Go players and AI researchers from China and Google at a summit May 23-27 designed to test the upper limits of its AI, as well as give human players a chance to study the unusual strategies AlphaGo has put into play in the age-old game. The five day "Future of Go Summit" will include special match variants where professional Chinese Go players will face off against one another in partnership with an AlphaGo AI teammate, alternating moves between human and computer players. Another match will put a team of humans working in concert against AlphaGo, and finally, AlphaGo will take on Ke Jie, the top-ranked Go player in the world, in a traditional three-game match. Piggybacking on the Go festival is a forum hosting AI experts from across China, with discussions about AlphaGo's progress, its supporting technologies and its potential applications in helping solve real world problems.

Should we be less worried about the dangers of artificial intelligence? 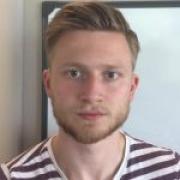 The idea of super-intelligent AI turning on its human creators has been a popular fictional trope for a long time, with examples including blockbuster films like The Terminator. However a researcher, has argued that our fear of this happening in the real world is holding back the advancement of beneficial AI technology. Anthony J. Bradley, the vice president of Gartner AI Research made the argument earlier this week in an intriguing blog post. In it he claims he's asked regularly about the potentially damaging future of artificial intelligence and told about how "scary" it is. In turn, he added that the technology is only scary because our expectations are based on popular fiction.