House GOP to miss budget deadline amid divisions in caucus

House Republicans are departing Washington having missed a deadline to pass their long-stalled budget and not appearing to be trying very hard to revive it. Continuing divisions between tea party lawmakers and House GOP leaders also shelved an effort to address an economic crisis in Puerto Rico. The White House is amping up the pressure on Republicans over delays in providing money to combat the Zika virus. But trouble on the House floor awaits, where only a handful of the measures seem sure to advance. The budget fight has its roots in last year's bipartisan budget deal with President Barack Obama, which required Democratic votes to pass and added more than 100 billion over two years to agency coffers hit by automatic budget curbs known in Washington-speak as sequestration.

WASHINGTON – Congress exited a sweltering Washington on Thursday, its dysfunction on full display as it left behind must-do legislation to combat the mosquito-borne Zika virus and a stalemate over lawmakers' basic job of fulfilling agency budgets. The twin failures highlighted the one step forward, two steps back nature of the bitterly divided Congress, even as Senate Majority Mitch McConnell and House Speaker Paul Ryan trumpeted victories on drug abuse legislation and other, more modest bills. But a continuing impasse over the Pentagon budget sent McConnell's effort to revive the process for advancing annual spending bills off the rails. When lawmakers return from their vacation after Labor Day, a stopgap funding bill that's needed to prevent a government shutdown will be the main order of business before Congress recesses again for the fall campaign. Calls by Democrats for modest curbs on guns sales went unheeded as lawmakers embarked on a seven-week vacation extended by the national political conventions this month.

Trump threatens another shutdown amid budget battle in Congress 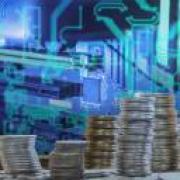 WASHINGTON – President Donald Trump has warned Congress that he will never sign another foot-tall, $1 trillion-plus government-wide spending bill like the one he did in March. His message to lawmakers in both parties: Get your act together before the next budget lands on my desk. After a brief government shutdown earlier this year, Democrats and Republicans now agree on the need for budgeting day-to-day operations of government by the old-fashioned way. That means weeks of open debate and amendments that empower rank-and-file lawmakers, rather than concentrating power in the hands of a few leaders meeting in secret. But Capitol Hill's dysfunction is so pervasive that even the most optimistic predictions are for only a handful of the 12 annual spending bills to make it into law by Oct. 1, the start of the new budget year.

The House passed a $788 billion spending bill Thursday that combines a $1.6 billion down payment for President Donald Trump's controversial border wall with Mexico with a whopping budget increase for the Pentagon. The 235-192 vote both eases a large backlog of unfinished spending bills and gives Trump and his House GOP allies political wins heading into the August recess. Challenging hurdles remain in front of the measure, however, which will meet with more powerful Democratic opposition in the Senate. The 326-page measure would make good on longtime GOP promises to reverse an erosion in military readiness. It would give veterans programs a 5 percent increase and fund a 2.4 percent military pay raise.