How many times have you sat in front of your laptop and read over your email worried about how your email would be interpreted by the recipient? Or spent hours and hours working on a press release, concerned that the tone may not be aligned with your target objective? These are just a few of the challenges people experience on a daily basis and what inspired us to develop the latest beta API on Watson Developer Cloud, Tone Analyzer. We are constantly communicating with people through text, which can leave room for frequent misunderstandings. Tone Analyzer is a service designed to help people assess and refine the tone in their communication. 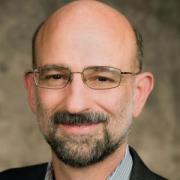 It's a privilege to have Rama Akkiraju, IBM distinguished engineer and master inventor, participate as a Vision and Opportunity panelist at the 2016 Sentiment Analysis Symposium. I organize the symposium – this year's event takes place July 12 in New York – and recognize the many ways IBM has, over the years, expanded what's possible in the realm of what I'd characterize as "human data." "My team at IBM has been focused on developing technology to better understand people at a deeper level based on sentiment, emotion, attitude, and personality," said Rama. "With our work with Watson APIs – such as Tone Analyzer, Personality Insights, Emotion Analysis, and Sentiment Analysis – we're working to enable more compassion, engagement, and personalization in conversations across various channels." IBM's Marie Wallace, a 2014 sentiment symposium speaker, relates in a blog article that she "joined IBM in 2001 to build the next generation of NLP technology for IBM… the 3rd generation of IBM LanguageWare, which initially started back in the '80s." And I wrote, myself, in a 2008 InformationWeek article, BI at 50 Turns Back to the Future, about 1950s work by IBM researcher Hans Peter Luhn on the creation of business intelligence via text analysis. Sentiment Analysis or opinion mining is important for organisations, irrespective of industry. It helps organisations extract insights from social data and understand their customer base -- what they feel about the products and services and what else they expect from the company. Simply put, it tries to analyse the feelings of the customers hidden behind the words and it is able to do that by making use of a technology called Natural Language Processing (NLP). Today, to make the work a little easier for organisations and gain an overview of the wider public opinion behind certain topics, there are several tools available. And in this article, we are going to take a look at some of the tools one can use for sentiment analysis.

Top 20 APIs You Should Know In AI and Machine Learning 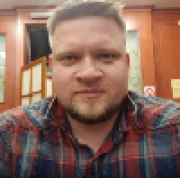 Application Programming Interface is a ready-made code to simplify the life of a programmer. It helps to digitize monotonous tasks and automate a whole slew of complex functions, which results in cutting down the cost of production. When it comes to AI / ML programming, we deal with integrating commercial APIs into existing platforms. It enables to interact with current code snippet, interact with each other and of course interact with your user-base. In this article, I've generously listed my favorites one APIs, which I consider the most suitable for AI and ML programming.

An Emotion Detection System for Cantonese

We present the first automatic emotion detection system for Cantonese. This system classifies input text into eight emotion classes: expectancy, joy, love, surprise, anxiety, sorrow, angry, or hate. While a number of emotion corpora and lexica for Mandarin Chinese have been developed, no emotion dataset is available for Cantonese. We leverage existing Mandarin Chinese emotion resources to build the system, with support from Cantonese-Mandarin lexical mappings from a machine translation system, as well as English-Mandarin lexical mappings to handle code-switching in Cantonese input. Evaluation on a set of Cantonese sentences from social media shows promising results.