Off airport parking operators are hoping to take advantage of the boosted airport rates by grabbing business from the city-owned airport. Rates for uncovered parking can dip as low as $6 a day during promotions.

San Diego Airport workers took an unexpected detour Tuesday after a man commandeered a shuttle that runs between terminals and an off-site employee parking lot. The driver of the bus pulled over at a curbside pick-up area at San Diego International Airport's Terminal 2 and stepped off to hand off a piece of equipment to another shuttle driver that had pulled up behind him about 3:45 p.m., Harbor police said. The 46-year-old suspect from Arizona, who was already on the bus, got behind the wheel and drove off with eight airport employees on board, police said. The man headed eastbound on North Harbor Drive away from the airport, speeding and ignoring traffic signals, police said. When the shuttle reached a red light at Hawthorn Street, about 2 miles away from the airport, two passengers approached him. 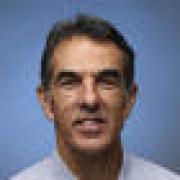 The airport on North Hollywood Way in Burbank has officially rebranded itself the Hollywood Burbank Airport, putting an end to the former title that paid tribute to the comedian and showman Bob Hope. Airport officials this week unveiled a new logo and the name Hollywood Burbank Airport, emblazoned on the terminal tower. For years, airport officials have said they believe travelers from the East Coast were not flying into the airport in Burbank because the name Bob Hope didn't identify its location, leading fliers to book flights to other airports in the region. "By telling passengers where we are, we're telling them all the great things our airport and our community have to offer," said Glendale City Councilmember Zareh Sinanyan, who sits on the airport authority board. The airport adopted the Bob Hope name in 2003 after being named the Burbank-Glendale-Pasadena Airport for 25 years.