Donald Trump gave his blessing to Oracle Corp.'s bid for the American operations of TikTok, putting the popular video-sharing app on course to escape a U.S. ban imposed as part of his pressure campaign against China. "I approved the deal in concept," Trump told reporters Saturday as he left the White House for a campaign rally in Fayetteville, North Carolina. "If they get it done, that's great. The new company, which will be called TikTok Global, has agreed to funnel $5 billion in new tax dollars to the U.S. and set up a new education fund, which Trump said would satisfy his demand that the government receive a payment from the deal. "They're going to be setting up a very large fund," he said. 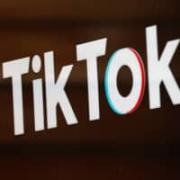 New York/Beijing – China's ByteDance said on Monday that TikTok's global business will become its subsidiary, even as Oracle Corp. and Walmart Inc. said over the weekend that they and U.S. investors would own the majority of the video app following a deal with U.S. President Donald Trump's administration. Trump signed an executive order on Aug. 14 giving ByteDance 90 days to sell TikTok, amid concerns that the personal data of as many as 100 million Americans that use the app could be passed on to China's Communist Party government. On Saturday, he said he supported a deal in principle that would allow TikTok to continue to operate in the United States. Accounts of the deal differ. ByteDance said on Monday that it will own 80 percent of TikTok Global, a newly created U.S. company that will own most of the app's operations worldwide.

Trump Casts New Doubt On Any Deal To Keep TikTok Alive In U.S. 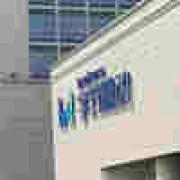 President Donald Trump said Saturday he has approved a deal in principle in which Oracle and Walmart will partner with the viral video-sharing app TikTok in the U.S., allowing the popular app to avoid a shutdown. "I have given the deal my blessing -- if they get it done that's great, if they don't that's okay too," Trump told reporters on the White House South Lawn before departing for North Carolina. "I approved the deal in concept." The U.S. Department of Commerce announced it would delay the prohibition of U.S. transactions with TikTok until next Sunday. Shortly after Trump's comments, Oracle announced it was chosen as TikTok's secure cloud provider and will become a minority investor with a 12.5% stake. 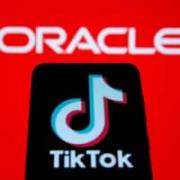 Washington – U.S. President Donald Trump raised questions on Wednesday about plans by China's ByteDance to keep a majority stake in the U.S. operations of popular social media platform TikTok after six Republican lawmakers urged him to reject the proposal. Trump said he would be briefed on Thursday about a proposal that calls for Oracle Corp to become a "trusted technology provider" for TikTok's U.S. operations, but he did not favor the idea of having the Chinese firm retain control. Sen. Marco Rubio and five other Republican senators on Wednesday urged the administration to reject the deal as long as ties remained to Chinese owner ByteDance, and suggested the president could block the proposal. Trump had previously threatened to ban the app unless its U.S. operations were sold to a U.S. company and the U.S. government received a share of the proceeds. "Conceptually, I can tell you that I don't like that," Trump told a news conference when asked about a reported proposal to give Oracle only a minority share. "I'm not prepared to sign off on anything.