U.S. and Turkey Agree on Kurds' Withdrawal From Syrian Town

The United States and Turkey agreed Monday on a plan to withdraw Kurdish fighters from the northern Syrian city of Manbij as a step toward resolving one of the tensest disputes to erupt recently between the countries. Secretary of State Mike Pompeo and Turkey's foreign minister, Mevlut Cavusoglu, "endorsed a road map" to "ensure security and stability in Manbij," according to a State Department statement issued after the two officials met in Washington on Monday. Neither side released details of the plan, but Turkish and American officials confirmed that it called for the withdrawal of Kurdish forces from the city. The agreement hands a significant gain to President Recep Tayyip Erdogan of Turkey just weeks ahead of presidential elections. Turkish officials said the road map calls for the Kurdish militia in Manbij -- the People's Protection Units -- as well as Kurdish commanders and political leaders to withdraw from the town and be replaced by local leaders.

The militia controlling Manbij said the last YPG fighters had left on Sunday after completing their mission of military training of local forces. The Manbij Military Council, which controls the town, has repeatedly said their were no YPG fighters there, only some YPG military advisers. 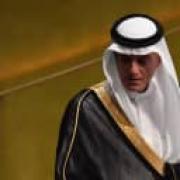 AL-UDEID AIR BASE, QATAR – Turkish and American troops could begin conducting joint patrols in a matter of days around the northern Syrian city of Manbij within the coming days, the top U.S. commander for the Middle East said Sunday. Joseph Votel, head of U.S. Central Command, told reporters traveling with him that the soldiers' training is expected to last "several more days," and then will transition to combined patrols. The Manbij patrols are part of a road map that Ankara and Washington agreed on in June to defuse tensions amid Turkish demands for the withdrawal of a U.S.-backed Kurdish militia that freed the town of Manbij from the Islamic State group in 2016. The U.S. and the Turks have been conducting independent patrols along the border, and joint patrols are considered a way to tamp down potential violence between the various groups there. "We're right on track with where we want to be," Votel said.

A senior US senator has questioned President Donald Trump's troop withdrawal announcement from Syria after four Americans were killed in a suicide attack by the armed group ISIL. Lindsay Graham, a staunch Trump ally, directly blamed Wednesday's attack in the northern Syrian city of Manbij on the president's decision to quickly pull US forces out of the war-torn country. The drawdown move "set in motion enthusiasm by the enemy we're fighting", said Graham, referring to Islamic State of Iraq and the Levant (ISIL, ISIS). "My concern about the statements made by President Trump … is we've made people we're trying to help wonder about us. And as they [ISIL] gets bolder, the people we're trying to help get more uncertain. I saw this in Iraq and I'm now seeing it in Syria," the senator said.

The deadly suicide attack in northern Syria targeting US forces highlights the urgent need for closer military cooperation with Turkey to secure the restive region, analysts say. Four Americans were among 19 killed on Wednesday in a bomb blast in the town on Manbij, which is controlled by the American-backed, Kurdish-led YPG militia. The assault was claimed by Islamic State of Iraq and the Levant (ISIL, ISIS), which US President Donald Trump recently said had been defeated. The bombing, which came as Washington begins its military withdrawal from Syria, marked the first US casualties in the war-torn country since 2014. The US and Turkish officials have been in war of words over Washington's backing for Kurdish People's Protection Units (YPG) and what will happen to the areas controlled by them in the north of the country after the American pullout.