WASHINGTON – Rex Tillerson's disclosure that he stands to receive a $180 million cash payout from Exxon Mobil Corp. if he becomes the next U.S. secretary of state offers a preview of the thorny ethical questions that may be raised this week over a presidential Cabinet stacked with wealthy tycoons. And with confirmation hearings scheduled for Tillerson and eight other appointees of President-elect Donald Trump, the head of the federal office that helps ensure compliance with conflict-of-interest rules told lawmakers his agency is hard-pressed by too much work and too little time. Tillerson ironed out an agreement with the State Department under which Exxon would pay the cash into an independent trust for him, a move designed to separate his financial interests from the oil company that he led as chairman and CEO until he stepped down Jan. 1. Some compensation specialists question whether Exxon departed from its official compensation policies to extend its former leader a special arrangement; the company says it hasn't. Regardless, Tillerson's ethics filing last week foreshadows the complexity that will attend a busy week of hearings.

In veiled shot at Trump, Rex Tillerson warns democracy at risk via assault on facts 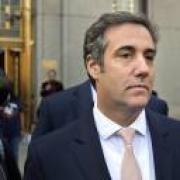 WASHINGTON – Former Secretary of State Rex Tillerson took a veiled shot at President Donald Trump on Wednesday, warning that a growing national crisis of ethics and integrity has put American democracy at risk. In remarks to graduates of the Virginia Military Institute, Tillerson lamented assaults on facts that he said would lead to a loss of freedom if not countered. And he said that only societies able to pursue the truth and challenge alternate realities can be truly free. "When we as people, a free people, go wobbly on the truth, even on what may seem to be the most trivial of matters, we go wobbly on America," Tillerson said. "If we do not as Americans confront the crisis of ethics and integrity in our society among our leaders in both public and private sector, and regrettably at times in the nonprofit sector, then American democracy as we know it is entering its twilight years."

'There's a cloud over all government decision-making' under Trump, says former ethics chief

JUDY WOODRUFF: Earlier this month, Walter Shaub resigned as director of the federal Office of Government Ethics, a position he's held since January 2013. In the final months of his tenure, Shaub clashed with the Trump administration on a number of ethics issues. Currently, he is senior director of ethics for the nonprofit Campaign Legal Center. And Mr. Shaub joins me now. Thank you for being here at the NewsHour.

The director of the US Office of Government Ethics has sharply criticised Donald Trump's plan to hand his global business empire to his sons before his inauguration on 20 January. The plan does not match the "standards" of US presidents over the last 40 years, Walter Shaub said. A Trump lawyer said earlier the new trust would face "severe restrictions" on new deals. But Mr Shaub said the plan would not remove conflicts of interest. "Every president in modern times has taken the strong medicine of divestiture," he said, referring to a process whereby Mr Trump would sell off his corporate assets and put the profits into a blind trust run by an independent trustee.

AI holds fantastic opportunities for large and small-medium organisations alike, and businesses are right to embrace them. Be it to improve back office operations, maximise marketing efforts or deploy predictive technologies to allocate resources more efficiently, algorithms have a lot to offer and we are seeing many organisations deploying AI systems already. Talking with industries as well as policy makers, I notice that we all seem to share the same belief, that is that innovation and ethics can go hand in hand. In fact, many believe that businesses that can utilise data, and do so ethically, have a clear competitive advantage[1]. But how do we turn ethics into practice?