A woman demonstrates the Maven - General Motors' personal mobility app, which is being tested in Chicago (Photo: Brian Kersey, Brian Kersey for Maven) General Motors is expanding its Maven car-sharing service to Boston and Washington, D.C., this summer, and is adding new options in Chicago where it began service in March. Maven already has been operating in Chicago, with pricing starting at 8 an hour, including insurance and fuel. Registered customers use the Maven app to reserve one of 30 vehicles at more than 15 sites throughout the city. When Maven City members reserve their choice of available Chevrolet, Cadillac and Buick vehicles, they have the unique option of having the vehicle delivered to them. In addition to Maven City, Maven on-demand car sharing is available to residents of the Aqua luxury high-rise apartment building in the city's Lakeshore East neighborhood.

Earlier this year, there were rumors that GM was going to launch a car sharing service, allowing GM owners to rent out their personal vehicles to make some quick cash. Now, the company has confirmed it. GM is expanding Maven and will allow both owners and qualified lessees to rent out their vehicles. Currently, Maven is the equivalent of a car rental service, in which those who want to rent a fully loaded GM vehicle can do so for up 28 days. Both the car rental and car-sharing services will be integrated into the same app. 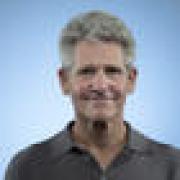 General Motors' Maven ride-sharing service has partnered with the city of Los Angeles to enable Angelenos and tourists to borrow Bolt EV electric cars to get around town. The partnership, announced Thursday morning at a Union Station ceremony, will put 100 of GM's Bolt EV all-electric sedans into service in the area. The cars will be available for hire by individuals, and also by Lyft drivers, as part of an ongoing agreement between GM and the San Francisco-based ride-hailing company. The Maven partnership will give visitors, tourists and residents of the city an opportunity to visit downtown without their cars, and experience electric vehicles if they find they need one. "We want to get people out of their cars, by doing things like riding the Expo line to downtown, and using bike share," said Matt Petersen, the city's chief sustainability officer.

Maven Gig, the GM-based weekly car rental service, has come to Los Angeles. Starting Thursday, ride-hailing drivers for services such as Uber and Lyft and delivery drivers for companies such as GrubHub and Roadie will have access to flat-rate weekly deals on GM cars. The deals, designed in part to put more electric cars on area roads, include a vehicle, unlimited mileage, insurance and free maintenance. The drivers must pay for fuel and, in case of accidents, insurance deductibles. If they want to rent a Bolt EV, Maven Gig will also pay for the electricity to make it run.

General Motors announced the launch of a peer-to-peer rental program on Tuesday, allowing GM owners to list their vehicles to rent through the automaker's car-sharing platform. Dubbed Peer Cars, GM owners and renters of Chevrolet, Buick, GMC and Cadillac vehicles can put their cars and trucks up for rent when they don't plan on using them. The company is touting the service as a way for GM customers to earn extra income. The service is an expansion of GM's existing car-sharing platform Maven, the company said. Maven allows people to rent cars on-demand, at low cost.