Ever see a camel kiss? Now you can on a tour to India 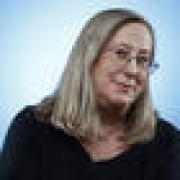 Explore the monuments and markets of Old and New Delhi, the Taj Mahal in Agra, and the palaces and bazaars of the "pink city" of Jaipur on a 14-day tour of India offered by World Spree. Highlights include two game drives in Ranthambore National Park in search of the royal Bengal tiger and the Pushkar camel fair, which is part tribal gathering, part livestock market and part carnival. Includes round-trip airfare on Air China, all accommodations, including a tented village just outside Pushkar, daily breakfast buffets and 12 other meals, all in-country transportation, sightseeing and entrance fees, and game drives. Sure, 'Hamilton's' coming to L.A. Maybe a visit to his Caribbean hometown is in order too

New Delhi: Driven by a surge in online food orders especially among millennials, leading food delivery platforms are embracing Artificial Intelligence (Ai) in a big way to better read fast-changing consumer behaviour, minimise errors and enhance customer experiences. According to Bengaluru-based research firm RedSeer, the Indian online food delivery market is expected to hit $4 billion by 2020 and to handle and leverage terabytes of data for delivery efficiency has led food aggregators Swiggy and Zomato bet big on AI and Machine Learning (ML). "Swiggy's mission is to bring unparalleled convenience into the lives of urban consumers. We do this by operating a three-way, hyper-local marketplace where we match consumer demand with supply from restaurants and delivery partners," Dale Vaz, Head of Engineering and Data Science, Swiggy, told IANS. "We use AI/ML across this three-way marketplace to deliver a wow customer experience, unlock business growth and drive operational efficiency," added Dale, who joined Swiggy in July last year from Amazon India. 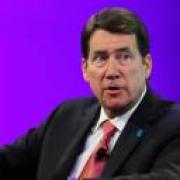 NEW DELHI – All Nippon Airways will release package tours to Japan for wealthy families living in and around New Delhi, possibly as early as June, sources said. The new products, to be sold in cooperation with an Indian travel company, will be priced lower than tours to Europe, which are popular in the South Asian country. ANA Holdings Inc. will offer trips to Tokyo, those covering the so-called Golden Route including Tokyo, Kyoto and Osaka, and those taking visitors to Hiroshima in addition to the Golden Route destinations. Prices are expected to stand at 80,000 to 160,000 rupees, or ¥130,000 to ¥250,000 . Japan had 134,400 visitors from India in 2017, about twice the number in 2012, according to the Japan National Tourism Organization.

On the heels of American security warnings, several international airlines announced on Friday that they had diverted flights that cross Iranian-controlled airspace. The Federal Aviation Administration issued an emergency order early Friday that prohibited all American flights in Tehran-controlled airspace above the Persian Gulf and Gulf of Oman because of "heightened military activities and increased political tensions." United Airlines said in a statement it had suspended its service between Newark Airport in New Jersey and Mumbai, India, that travels through Iranian airspace after conducting "a thorough safety and security review." Customers planning to travel to Newark from Mumbai are to be rebooked on alternative flights to the United States. The German carrier Lufthansa said in ad statement that its planes would not fly over the Strait of Hormuz and that the diversion area was likely to expand.

Baby born on a plane receives generous gift from airline 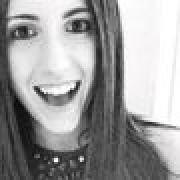 Forget chilling in her crib, this baby is going to travel the world. On Aug. 14, a woman gave birth while on a Cebu Pacific plane, four hours into a flight from Dubai to Manila. In celebration of the birth, the Philippines airline gifted the baby girl, named Haven, 1 million air mile points. SEE ALSO: Woman who didn't know she was pregnant gives birth on flight When Haven's mom unexpectedly went into early labor -- more than five weeks before her due date -- in the sky, two nurses who luckily happened to be onboard coached her through the delivery. With help from the cabin crew, the nurses were able to successfully deliver the child, while the pilot redirected the plane to Hyderabad, India to seek additional medical assistance.