Nicaragua National Police arrested Orlando Tercero on Tuesday and transferred him to a prison 40 miles southwest of Managua, the capital. The Nicaragua National Police on Wednesday released a photo of the suspect in the killing of a New York nursing student who fled the U.S. to the Central American country shortly after the woman's death. Orlando Tercero, 22, was arrested Tuesday by the Nicaragua National Police in connection with the death of Haley Anderson, 22, a fellow nursing student at Binghamton University, part of the State University of New York system. The office of District Attorney Stephen Cornwell in Broome County, N.Y., confirmed Tercero's arrest, Fox 40 reported. In the photo, Tercero is seen surrounded by four armed police officers wearing masks.

A female college student's accused killer has been convicted in Nicaragua after authorities there refused to extradite him to New York. Orlando Tercero, 23, fled to Nicaragua after 22-year-old Haley Anderson was found dead in his bed near Binghamton University in New York last year. He was found guilty of murder Friday by a judge in Managua in the rare legal proceeding involving the two countries. He faces a maximum of 30 years in prison when he is sentenced at a later date. "Today, justice was served as much as it can be," Broome County District Attorney Steve Cornwell said, according to WBNG-TV. 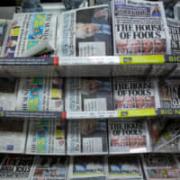 BINGHAMTON, NEW YORK – Witnesses have gathered in a small city in upstate New York over the past three weeks to testify in the trial of a man accused of strangling a young nursing student. But there is no jury, no American judge and the man accused is seated next to his defense attorney 2,200 miles (3,540 km) away -- in Nicaragua. In an exceedingly rare legal proceeding, the trial of former Binghamton University student Orlando Tercero in the 2018 killing of 22-year-old Haley Anderson is being held at a court in Managua, with a Nicaraguan prosecutor and a Nicaraguan judge applying Nicaraguan law. American prosecutors have no authority over the trial, but the Broome County District Attorney's office in New York is deeply involved as a facilitator for witness testimony. The witnesses have testified, with the help of a translator, via a video link from a room in the district attorney's office in downtown Binghamton.