Apple to release noise-cancelling AirPods and the HomePod 2.0

The iPhone maker is expected to release a new version of its wireless AirPods, a revamped HomePod and possibly a pair of high-quality, over-the-ear headphones, Bloomberg reported, citing sources close to the situation. Each of the items could hit the shelves by 2019. For the AirPods, Apple could release two models next year: One would be a refreshed version of its current $159 (£159) model, while the other would be a slightly pricier iteration. The pricier model is expected to feature noise-cancelling technology, as well as water resistance. However, the water-resistance feature wouldn't allow users to swim while wearing AirPods; rather, it would more likely equip them to better handle rainwater and perspiration, Bloomberg said.

Bloomberg says that model will also give you a way to summon Siri without having to tap the headphones. You'll simply have to say "Hey, Siri" the same way you do whenever you activate the voice assistant on an iPhone or a HomePod hands-free. Unfortunately, the model meant to be water-resistant won't be ready until next year, at least -- and it doesn't sound like you'll be able to take it swimming. At most, it won't be affected by rain or splashes of water, but it might not survive being completely submerged in liquid. 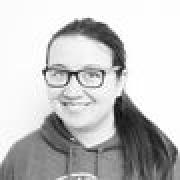 Apple is working on a major upgrade to its wireless AirPod headphones, according to a Bloomberg report citing sources familiar with the matter.

AirPods have been a huge success.