Sammus is somewhere between nerdcore and afrofuturism

Enongo Lumumba-Kasongo used to get the same question every time she set down the mic and stepped off the stage. She came to expect it after performing in crowded bars, big music festivals or comic book stores, and the question usually came from a well-meaning stranger or new fan of her music. This would happen right after she'd screamed into the mic that she was Sammus, a producer and rapper, and that everything she just did on stage was her work. The question would come in different forms -- "Where's your boyfriend?" People assumed Sammus didn't produce her own music.

Nerdcore artist Mega Ran has a new video out today and it's full of Nintendo nostalgia. KadeshFlow is a fun homage to the 8-bit visual style popularized by the GameBoy in the late 1980s. In the video, Mega Ran and KadeshFlow make their way through a green dot-matrix world full of retro gaming references to battle ghosts at Alex Trebek's house (Trebek has been a favored target of the nerdcore community ever since he called them "losers" on an episode of Jeopardy!). For the uninitiated, nerdcore is a sub-genre of hip-hop obsessed (unsurprisingly) with all things nerdy. Its songs typically focus on pop culture topics like video games, Star Wars, Stranger Things and Harry Potter.

But there I was, standing at the back of a cramped venue at this year's South by Southwest festival, doing just that. I don't like crying in public, so it wasn't much solace that a good half of the room was doing the same thing. Sammus, a rapper from Ithaca, N.Y., was performing "1080p," which was at that point her newest single. I'd already watched the video about 10 times that morning. And I'd read the reviews -- writers have called the song "important," "honest" and "powerful."

Alex Trebek had harsh words for one "Jeopardy" contestant on Wednesday night's episode. The TV show host couldn't help but make a snide remark when librarian Susan Cole described her favorite genre of music: Nerdcore. "[Nerdcore is] rapping about the things [nerds] love," the legislative librarian from Bowie, Maryland told Trebek. Trebek wasted no time firing back, "Losers, in other words." Cole responded with a laugh, seeming slightly flustered. 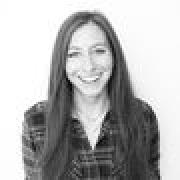 On Tuesday's Jeopardy!, the host delivered a serious burn to an unexpecting contestant. After the contestant explained her love for "nerdcore hip-hop," Trebek took a pause, looked her in the eye, and dropped the hammer. SEE ALSO: J.K. Rowling burns Donald Trump in 3 magical tweets While the contestant tried to define the genre as full of cool people just rapping about their sci-fi interests and how difficult it is to get dates, to Alex, they are just "Losers."