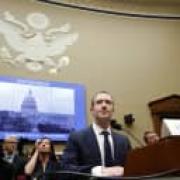 SHANGHAI/BEIJING – Trade frictions with the United States and accusations of industrial espionage are set to cast a cloud over China's largest aerospace meeting this week, as suppliers consider what the country's slowing economy could mean for booming jet demand. The biennial Airshow China, to be held in the coastal city of Zhuhai from Tuesday to Nov. 11, is traditionally an event for Beijing to parade its growing aviation prowess in front of aerospace executives, diplomats and arms buyers from over 40 countries. But analysts say they are not expecting many headline announcements or big deals this year as a bruising trade war between Beijing and Washington and a slowing Chinese economy cause companies to be cautious. While the tarmac will be filled with planes from the likes of Airbus SA and Embraer, the main symbol of China's own commercial aviation ambitions, the Commercial Aircraft Corp. of China's (COMAC) C919 narrowbody jet, will not be there. A senior executive said it was undergoing test flights.

BEIJING/LONDON – A leading British academic publisher that bowed to pressure from Beijing to block online access to hundreds of scholarly articles in China reversed its position and reposted the material on Monday, following an outcry over academic freedom. Cambridge University Press (CUP) said late last week it had removed some 300 papers and book reviews published in the China Quarterly journal from its website in China following a request from the Chinese government. It said it had blocked the articles, which covered topics including the 1989 Tiananmen Square democracy protests, the 1960s Cultural Revolution and Tibet, in order to keep its other academic and educational materials available in the country. The move sparked an outcry on all sides, with academics attacking the decision as an affront to academic freedom, while the state-run Global Times tabloid said publishers could leave the country if they did not like the "Chinese way." Cambridge University and Tim Pringle, the editor of the China Quarterly, confirmed the decision to repost the articles on Monday.

How China Hopes to Shape the Future of AI

This past May, China announced its AI roadmap for the next three years: The National Development and Reform Commission expects their artificial intelligence sector will give them a market worth topping 100 billion yuan (that's 15.26 billion) within that time period. Where is China's AI sector at now, and what steps could plausibly deliver that strong a return by 2019? Tech.Co had a chat with Luke Tang, General Manager of global entrepreneurship company TechCode, who drew on his experience working with AI companies worldwide to detail China's unique opportunities. Here are the biggest takeaways on AI in China. "China has already got a great start in both research and business applications in AI -- right behind the U.S. […] On the research side, the White House recently published a report showing that China has now surpassed the U.S. in total papers and citations published in Deep Learning or Neural Network, a crucial area in AI, but overall both the U.S. and China are way ahead of other countries.

SHANGHAI/LONDON – Cambridge University Press (CUP), one of Britain's most respected academic publishers, has blocked online access in China to hundreds of scholarly articles and book reviews on Chinese affairs after coming under pressure from Beijing. The articles were published in the China Quarterly, a leading academic journal on Chinese affairs that has been in print since the 1960s, and covered a range of topics deemed politically sensitive by the Chinese government. The publisher said in a statement Friday it had complied with an instruction to remove the content so that its other academic and educational materials would remain available in China. It will not proactively censor content, it said. The list of articles the Chinese government requested be removed covered an array of topics including the 1989 Tiananmen Square democracy protests, the 1960s Cultural Revolution, Tibet, Xinjiang and Taiwan, CUP said.

Earlier this year, a Chinese technology executive published an opinion piece arguing that size is China's greatest asset in technology competition with the United States today. His argument was simple: Innovation in emerging technologies such as artificial intelligence is partly a function of absolute numbers of scientists and engineers, and, as China continues to expand its domestic talent pipeline, its strength in numbers will soon far exceed that of the United States. Many in Washington seem to agree. The White House's education strategy draws motivation from China's rapidly increasing number of university graduates. Experts lament the United States' dependence on international talent and draw analogies with Sputnik to call for crisis-level educational spending levels similar to those in the post-Sputnik era.