After decades of promise and hype, artificial intelligence has finally reached a tipping point of market acceptance. Every day we can read about the latest AI advances and applications from startups and large companies.

After decades of promise and hype, artificial intelligence has finally reached a tipping point of market acceptance. Every day we can read about the latest AI advances and applications from startups and large companies. AI was the star of the 2018 Consumer Electronic Show earlier this year in Las Vegas. But, despite its market acceptance, a recent McKinsey report found that AI adoption is still at an early, experimental stage, especially outside the tech sector. Based on a survey of over 3,000 AI-aware C-level executives across 10 countries and 14 sectors, the report found that 20 percent of respondents had adopted AI at scale in a core part of their business, 40 percent were partial adopters or experimenters, while another 40 percent were still waiting to take their first steps. 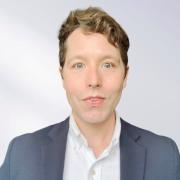 Few recent technological developments have garnered as much fear and optimism as artificial intelligence (AI). Perhaps AI has captured the popular imagination because it requires us to reflect on what makes us fundamentally human, both in terms of our experiences and our capabilities. AI presents us with stark visions of the future. Visions which can be grouped into two now-familiar over-simplifications: a utopian version where the mundane tasks of work and life are delegated to machines, and a dystopian version where automation heralds a new age of mass unemployment and human misery. These tropes are caricatures, of course, but the promise and the perils of AI are very real.

What Innovative CEOs and Leaders Need to Know about AI 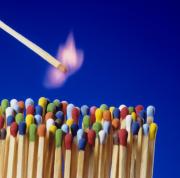 Artificial intelligence (AI) is a rising global imperative. Enterprise software companies are rushing to incorporate AI functionality into its product offerings. Venture-capital funding is pouring into AI startups globally. AI is a geopolitical movement with many countries putting it as a top priority. Top-ranked MBA schools are including AI in the curriculum.

3 types of 'intelligent applications' that get investors excited

Editor's note: This is a guest post written by S. Somasegar, managing director at Madrona Venture Group; and Daniel Li, principal at Madrona Venture Group. Artificial intelligence is a broad and overused term. Any startup raising money today needs to have a data and machine learning story, and every enterprise is trying to understand how they can unlock the value of their customer and transaction data with AI. We strongly believe that every application that is being built today is an intelligent application. Applications which don't use data to build continuous learning systems that provide better value with more data are going to become obsolete in the market as we move forward.